Home Celebrity Meghan Markle about to collaborate with a major French brand? 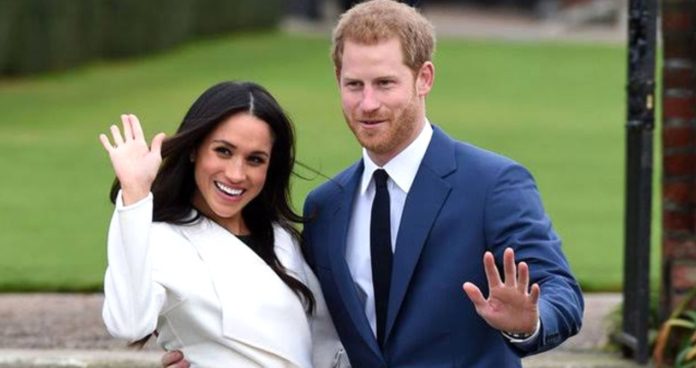 Meghan Markle and Prince Harry are about to completely change their lives, moreover the Duchess is already positioning herself with a brand!

Meghan Markle and Prince Harry have decided to become independent, this also goes through the financial aspect. The Duchess registered the “Sussex” brand a few months ago! We talk to you about it.

Indeed, the couple decided to earn a living by the sweat of their brow! On January 8, 2020, Prince Harry and Meghan Markle announced that they were renouncing their status as “senior members of the royal family”. To become independent, while supporting Queen Elizabeth II. But a rumor says that the young mother has already made her plans on her side. By collaborating with a French fashion house. At the moment there is no more information, but that promises!

The two spouses will therefore start a new life, full of projects. “Meghan is very involved in the fashion industry. Many big brands would like to partner with it. “A source told The Sun before continuing,” There have already been active discussions with Givenchy. Some of these contracts could be worth millions. I’m sure she’s going to link some of the initiatives with their foundation. »A very promising news for fashion-loving Meghan Markle!

MEGHAN MARKLE IS VERY AMBITIOUS!
It must be said that by being an actress, then a duchess, Meghan Markle was able to make useful friendships. As with the artistic director of Givenchy Clare Waight Keller. It was to the latter that she entrusted the design of her wedding dress. The young mother will be able to devote herself to her passion because she will keep fewer official commitments than before. So she can take some time while serving the crown with her husband. The couple have been preparing this new life far from the media for some time.

Because in June 2019, Prince Harry and Meghan Markle registered the Sussex brand on several products. Likewise to use the name for events. This name is not trivial and could save them a lot of money. “Their earning capacity – individually and as a couple – is unlimited,” an expert told the Daily Mail. “They could earn eight- or nine-digit income each year through contracts. “He continued, which is more than enough!

Jennifer Aniston was impressed by the praying girl!