Home Celebrity Meghan Markle: her beautiful gesture to a girl with a brain tumor! 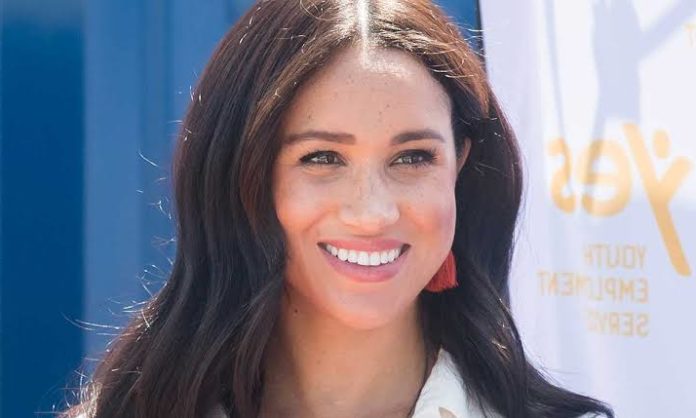 Indeed, Meghan Markle has always been very committed to noble causes. Besides she is very close to a small Aleyna Genc who received a nice gift from him. The 14-year-old girl who suffers from a tumor will surely remember it all her life!

Operated several times from a brain tumor, she says she is very inspired by Meghan Markle. Notably through her feminist address at the UN in 2015. Besides, Aleyna Genc wrote a first letter to Meghan Markle. In this letter she tells him how “his speech had inspired her”.

So since that day the two women have been exchanging letters. And during Prince Harry’s visit, Meghan Markle, who did not make the trip, planned everything! For she has prepared for the girl operated on a tumor a voice message to her attention.

MEGHAN MARKLE CLOSE TO A YOUNG GIRL WITH A TUMOR!

However, the girl did not come empty handed either. Because she wanted to give Prince Harry a soft toy for his first child with Meghan Markle. The prince was very touched by this attention.

“He thanked me and said he loved the stuffed animal. He told me he was very happy with this gift because he could not sleep because of Archie in recent days, “Aleyna Genc told The Associated Press.

Meghan Markle has always given her time for important causes. And this episode shows once again that she has a big heart. And especially that it does not do it for the media or to have a good image. But because she wants it!

5 phrases of dramas that will fill you with inspiration