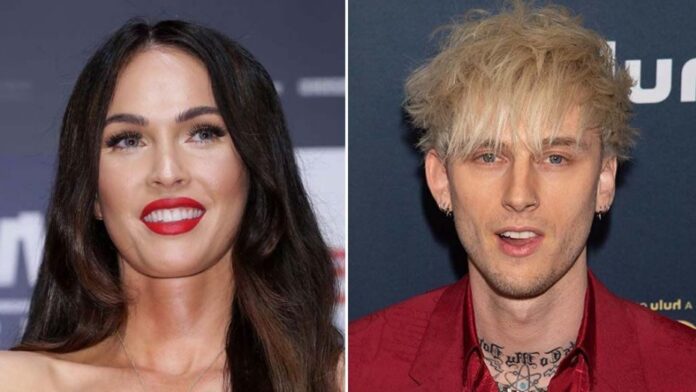 Megan Fox and Machine Gun Kelly are confirming their new love relationship with the video for the single ‘Bloody Valentine’.

The rumors of the new romance between the musician and Megan Fox began a few days ago where some photographers captured them having a very romantic date, Machine Gun drove while Fox only smiled.

Took like 300 pictures the other day-looked like the reanimated corpse of Akhenaten in 297 of them. These are the other three. A 1% success rate!

This would be confirming the theory that Brian Austin Green and Megan Fox were estranged, so Green spoke of their separation in their podcast, the couple has decided to take different paths after 15 years of relationship in which they had 3 children, Noah Shannon, Bodhi Ransom and Journey River.

Bum Equipment was around when I was a kid. They are making clothing again and just sent me some. Use the code BUMSBACK15 and get 15% off any order.

Colson Baker, real name of Machine Gun Kelly would have met Megan Fox in the recordings of the movie ‘Midnight in the Switchgrass’, Megan during the filming of this quote had asked Brian Austin Green for some time to think about the situation of his relationship.

Brian Austin Green said that Megan Fox was not unfaithful to him that she only had a close friendship with Baker, she expressed that she was very sincere when asking for a divorce since she wanted to know Machine Gun Kelly better without the family commitment she had with Green.

Machine Gun Kelly premiered today the official video of her single ‘Bloody Valentine’ where she appears as the main model of the clip Megan Fox, which would be the confirmation of the new relationship of the two celebrities.

In the clip Megan and Machine Gun Kelly share a day in a big house, a slightly toxic relationship can be observed where the protagonist has all the power of the decisions of the character of Gun Kelly.

The Star of the Harry Potter Series Can Come Out With...