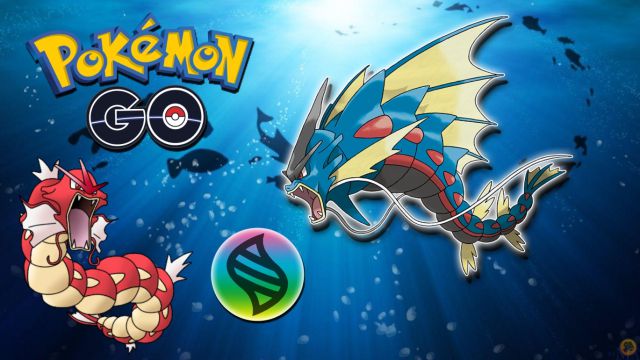 Pokémon is going to experience a month of February full of surprises and news, and Pokémon GO will be a participant in many of them. The Lunar New Year 2021 Event has just begun and brings us a very particular celebration of this anniversary, where the Year of the Ox stands out (protagonism for Tauros) and the debut of a new mega-evolved Pokémon, Mega Gyarados, of which we bring you a complete guide to defeat him in level 5 raids.

The 2021 Lunar New Year Event takes place in Pokémon GO from Tuesday, February 9, 2021 at 10:00 a.m. to Sunday, February 14, 2021 at 1:00 p.m. (local time), but Mega Gyarados will run until Saturday, February 20. February 2021 at 09:00 local time. Apart from everything that we tell you in his news, such as the greater presence of red Pokémon, new field investigations and Pokémon that represent animals associated with the Lunar New Year, we have Gyarados in the wild with the opportunity to let us come out shiny / shiny (the famous Red Gyarados that we first saw in Pokémon Gold and Silver in all its glory). In the level 5 raids we will see this dazzling Mega Gyarados.

It is a creature of the Water and Sinister type, unlike the original Gyarados, which is of the Water and Flying type, which radically changes our strategy. In the raid, Mega Gyarados has no less than 60,860 CP, with 292 ATK, 247 DEF and 216 resistance. At level 40 we can see him with up to 4717 CP if he has the IVs to the maximum. During combat it can attack us with movements such as Hydropump, the most dangerous, although it can also use Dragon-type Anger, which should alert us if we use a dragon in our team of counters, as they are super effective with each other.

Do not forget that the Pokémon GO Tour: Kanto is just around the corner, a commemorative payment event for the 25th anniversary of Pokémon where we will have two editions: Red Edition and Green Edition. Which one will you choose?

OPPO Receives a Phone Patent with a Side-Opening Camera