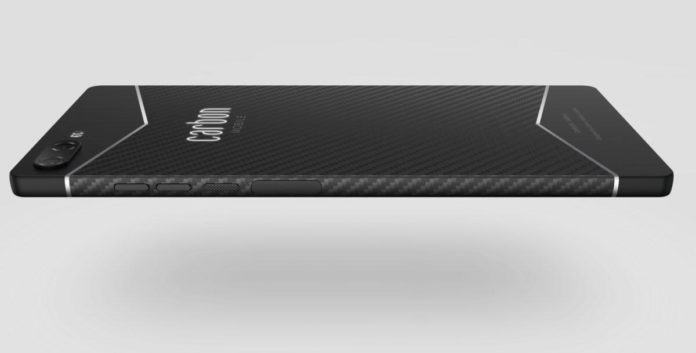 German technology company Carbon Mobiles announces the world’s first carbon fiber smartphone, Carbon 1 Mark II. The device, which has an extremely light and thin body, is supported by the MediaTek Helio P90 chipset. The value put on the phone may disappoint you a little.

Carbon 1 Mark II’s 6.01-inch AMOLED display is protected by Corning Gorilla Glass 6. Powered by the MediaTek Helio P90 chipset, the phone offers users 128GB of internal storage. The amount of RAM in the phone has not been announced yet. There is also a dual camera setup on the back of the device, which we do not know.

Carbon 1 Mark II design
The Carbon 1 Mark II has a fingerprint scanner mounted just below the power button on the side. Powered by a 3,040mAh battery charged via the USB Type-C port, the device is not too ambitious about battery life. Moreover, it remains unclear whether it has fast charging support.

The German company will be one of the materials used, which has set the price of Carbon 1 Mark II as 800 euro. In addition, people who want to pre-order the phone must make a prepayment of 250 euros 15 days before delivery.

Carbon Mobile announced that the Carbon 1 Mark II, which is currently produced for 2,000 units, will be delivered to its owners in June 2020. According to the company, 24 percent of the stocks have already been exhausted. Whether the current features are worth this price is entirely up to you.

Tick saliva as an anti-inflammatory treatment?

World Health Organization: Number of Tests Should Be Increased to Combat...

Accident in Daytona 500 Reveals the Incredible Response Speed of the...