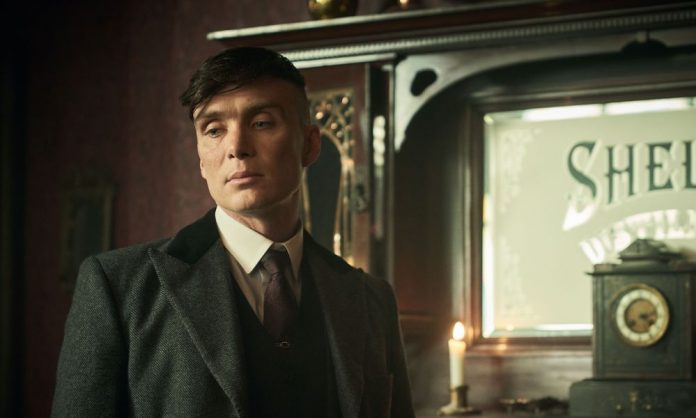 At the end of January it was announced that the BBC crime drama Peaky Blinders was being canceled with the sixth season of the series, which has already started production after a long wait.

Recall that the production of the sixth installment of Peaky Blinders was interrupted in March 2020 due to the blockage generated by the coronavirus pandemic that is affecting the world.

However, in late January the crew and cast of Peaky Blinders returned to the film set to shoot scenes for the final episodes of viewers’ favorite crime drama.

As is known to fans, in Peaky Blinders Thomas Shelby (Cillian Murphy) has always been the center of women’s attention. The character has shown his great weakness towards females during the drama’s career.

In season 6 of the series, this weakness could be used against him, as a new character joins the cast of Peaky Blinders to shake up Tommy Shelby’s life in the next few episodes.

It is about the arrival of actress Amber Anderson who joined the cast of season 6 of Peaky Blinders and has just announced it with a post on her Instagram account that is accompanied by the following message:

“Well wow. Beyond being excited to announce that I will be on the final season of @peakyblindersofficial. We’re already filming and it’s going to be epic! Thanks @ antobyrne75 and @shaheenbaigcasting. I love you a lot”

Apparently Anderson’s character will portray Tommy Shelby’s new love interest in Peaky Blinders season 6. And although her name has not been revealed, the photo shared by the actress shows her character who bears a striking resemblance to Tommy’s wife, which follows that she could cross her path to seduce him. This, taking into account the words of the director of the series.

Recall that in an interview with Digital Spy, Peaky Blinders director Anthony Byrne previously said that a new female character would “challenge” Thomas. This is what he said:

“There is a great female character who is new, who is very dark. I hadn’t seen a character like her in Peaky Blinders before. I won’t say who she is, but she certainly makes Tommy run away from money. “She basically challenges you in a different way. She certainly is not a protagonist and I don’t know if she is an antagonist.

You should definitely see. BTS making a joke to Jin (VIDEO)

Miley Cyrus on trial: she would have used plagiarism!