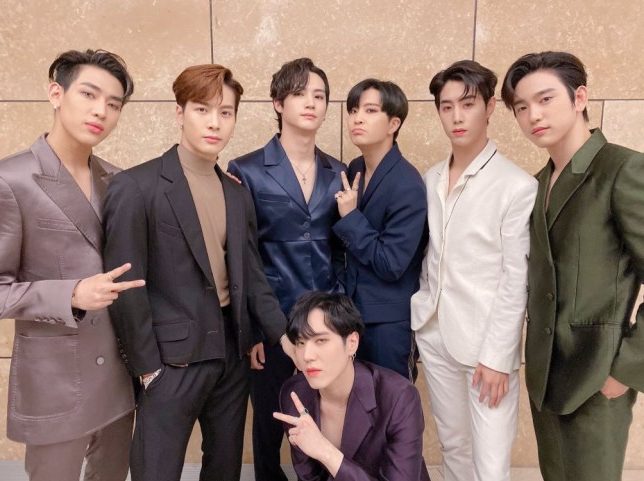 Look at the cute photos of these idols with their four-legged companions.

The boys of GOT7 have expressed their love for animals many times, however, it took a while for them to adopt someone to live next to them . Currently, 6 years after their debut, most of the members have a 4-legged companion by their side , each with particular stories that led them to meet.

Some have openly shown their love for cats , while others prefer to keep a puppy by their side , whatever the case may be, the members are in charge of filling them with love and sharing their adventures with them.

Keep reading and find out who are the pets of each of the boys, according to their relationship with the animals, which one of them looks most like you?

He wanted to adopt a puppy, but when he went to look for him he saw a kitten in the corner that made his feel that he was somehow similar to him, JB says that he wanted to pet his right away and he seemed not to have much encouragement because he just stood still while he cared for her. After that, he felt the duty to take care of her, so he took her home and named her Nora. After discovering his love for cats, Jaebeom continued to adopt a few others, until he ended up living with 5 of them.

Youngjae also wanted them to have a pet in the bedroom, but because he is allergic to many of their fur, he couldn’t make up his mind to simply adopt one. Youngjae and Mark searched for a time for the dog that would be ideal to live with them in the bedroom and so they adopted Coco, a small white Maltese dog that, by not pulling fur, did not cause allergies for Youngjae.

Although Mark adopted Coco with Youngjae, when all the members moved out of the bedroom Coco remained under Youngjae’s charge. It was not until after several years that Mark adopted a new pet to live with him, that was Milo. Although Milo has been with Mark for a short time, he has grown quite fast.

Like JB, Bambam is a cat lover, for that reason he has decided to adopt 4 of them to live next to him, he enjoys sharing images and videos of his cats with his fans, while they play, when they receive him. and even from fun incidents they’ve had together.

Yugyeom recently adopted a little dark-colored puppy whom he named Dalkyum, he is so small and charming that the idol quickly created him an Instagram account where he shares some of his most adorable moments.

On several occasions, Jackson has shown his love for dogs, stopping to play with them and even lying next to them, yet in an interview he confessed that, although he would love to adopt one, I think he is not ready to have such a responsibility. Because he can barely take care of himself. Instead he has adopted plants, the last of which was a large cactus named Plant that he still keeps at home.

Along with Jackson, Jinyoung is the second GOT7 member who doesn’t have any pets and so far hasn’t shared whether he wants to adopt a dog or cat to live alongside him, however, perhaps now that most of they have shown their love for animals, could be encouraged to do so.

DUA LIPA AND THE WEEKND PREACH THE MUSICAL FUTURE OF THE...

Meghan Markle: a photo of her adolescence resurfaces!

SHINee’s Onew ends his military service and fans welcome him

Taehyung could hide a secret from ARMY