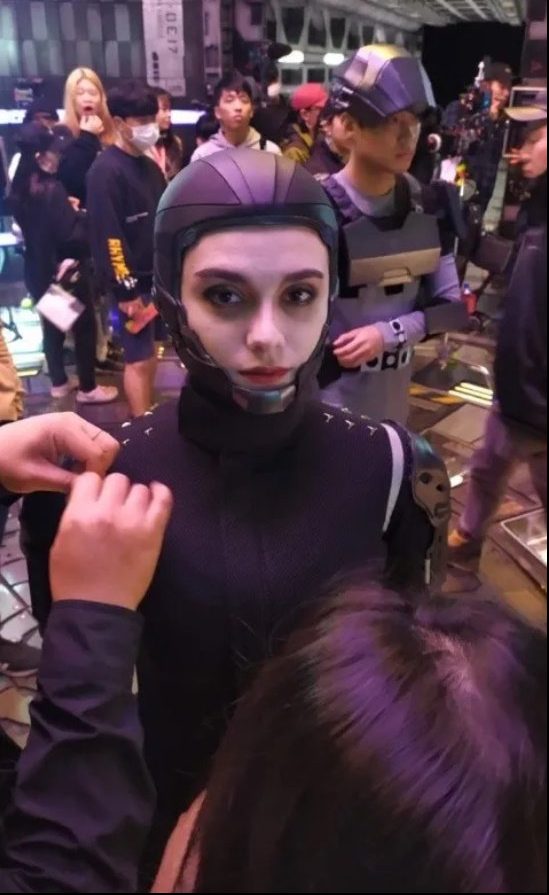 Space Sweepers is considered the first South Korean science fiction blockbuster that portrays outer space, so far it has had a very good reception and praise from the international public.

The story of Space Sweepers takes place in the year 2029, with the Earth turned into a great inhospitable desert, without forests, with sterile soils and a polluted atmosphere in which you cannot breathe.

In the narrative, the protagonists of Space Sweepers will face a turning point in their lives when they find Kang Kot Nim known as Dorothy, played by actress Park Ye Rin whom they create a robot of mass destruction.

In the film, Carla Ávila plays a villain named Camila, who is the head of security for the powerful UTS conglomerate whose mission is to capture the characters played by Song Joong Ki, Kim Tae Ri, Jin Seon Kyu and Yoo Hae Jin.

The 27-year-old Mexican girl has lived in Seoul, South Korea, since 2017 when she arrived with the intention of studying a career. Over time she was venturing as a model and extra in some dramatic productions such as Memories of the Alhambra, Record of Youth, The Beauty Inside, Itaewon Class and Crash Landing on You.

In an interview for the Mexican press, Carla Ávila commented that since her arrival in South Korea she has not stopped working, she assured that the path she chose has not been easy due to the beauty standards that the entertainment industry governs. South Korean.

The interpreter told her that she even had to lose 10 kilos in two months and dye her hair a lighter color in order to get more and better characters. Regarding her preparation for Space Sweepers, Carla Ávila had to take martial arts classes for six months to better interpret her character.

COLE AND DYLAN SPROUSE HAVE ANOTHER TWIN