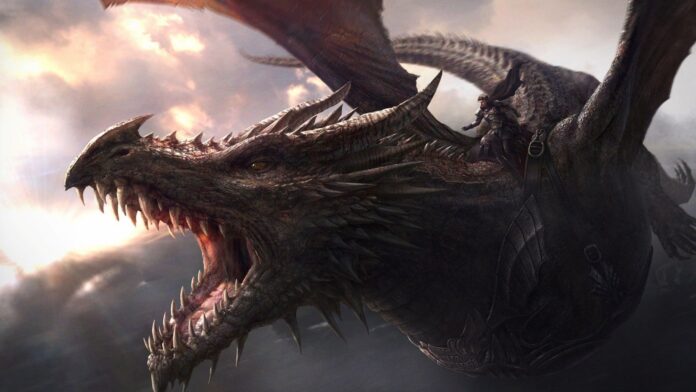 Actor Matt Smith was recently cast as the lead actor for the HBO series House of the Dragon, a prequel to the hit series Game of Thrones.

Smith will play Daemon Targaryen, the younger brother of King Viserys Targaryen, and heir to the throne. Recently, a bit of concept art was released for the upcoming series that gives us a sneak peek at what dragons would look like in House of the Dragon.

The concept art showed dragons that were very different from the ones we saw on Game of Thrones. But in a good way. Now, Matt Smith has shared a picture of his dragon, named Caraxes, and we must say it’s our favorite so far.

Those eyes are something else, right? And what a cool name, Caraxes. We think House of the Dragon was the right choice. The other Game of Thrones spinoff, Bloodmoon, simply wouldn’t have generated the same buzz that this series does about Targaryens.

Obviously, a lot has happened in the last few months that have caused delays at House of the Dragon and shutdowns throughout the entertainment industry, but apparently the HBO series is still scheduled for a 2022 premiere regardless.

See Also
House of the Dragon: when will the Game of Thrones spin-off be released?

Brie Larson is set for a role in an Animal Crossing...