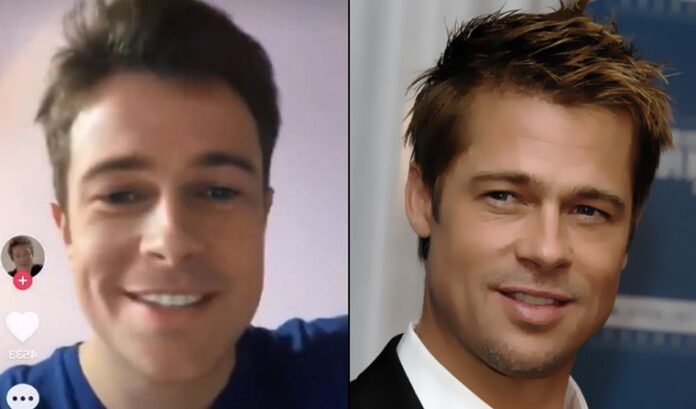 Luciano Chierichetti is an Argentine boy who has gained popularity on the networks thanks to his resemblance to the 56-year-old American actor and although some have accused him of using a filter, this does not prevent him from continuing to gain recognition for his physique.

TikTok continues to increase its number of users and among the many videos that some Tiktokers upload daily, we have already witnessed some people who could be the doubles of some stars in the world of entertainment, but this time it has led us to find a boy who is extremely similar to Brad Pitt, star of iconic movies like Fight Club and Seven.

Luciano’s videos on his TikTok account have thousands of reproductions and, just as there are many people commenting on his surprise at the resemblance he has with the actor, there are also others who think that it must be a filter.

For now, the boy has thanked the support he is receiving on this social network and has limited himself to saying that having a resemblance to a great star is not easy, do you think the similarities between them are real?

Many people have made themselves known on social networks after other users noticed that they could easily impersonate a celebrity they resemble, but Luciano’s case proves that even after seeing this phenomenon repeatedly it still causes a great deal of surprise.