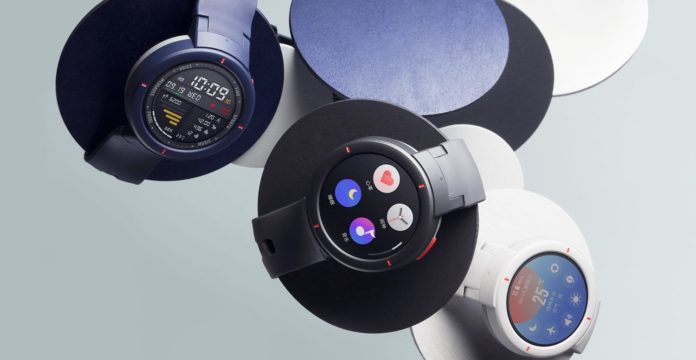 The Amazfit Verge is a smart watch from Huami, a subsidiary of Xiaomi specializing in wearables. With sporty and robust design, the model stands out for the AMOLED screen normally seen in more expensive watches. In addition, it has resources to monitor physical activities and control health. Other differentials are the possibility of making calls and the 4 GB storage, which allows you to store music and podcasts with ease.

The Amazfit Verge was not officially brought to the country by Xiaomi and the local partner DL Eletrônicos, being an option for those who have a trip abroad. Some online stores even sell the equipment, but without proper authorization. Such models are not entitled to the official Xiaomi warranty and technical assistance.

Screen and design
The Amazfit Verge does not look bad on the screen quality. With 43 mm, the device has a display that uses AMOLED technology, with vibrant colors and better contrast. The model also has the famous Always On function, which allows the display to remain always on without using up a lot of battery.

The design, however, may displease those looking for more sophisticated watches. With a sporty footprint, the Amazfit Verge is fully coated with plastic and is 13mm thick, which should make it bigger and heavier for everyday use.

Sensors and functions
As a sports watch, the Amazfit Verge has most of the functions found in smartwatches in this category. With it you can count steps, schedule training and monitor various sports, such as walking and running, football, rope and other exercises, in addition to weight training. It is also possible to measure sleep and heart rate.

Another highlight is the Bluetooth connection, which allows the device to connect with headphones, control music and make phone calls. It is worth remembering, however, that you must always have your cell phone nearby when making calls, as Amazfit Verge does not support a dedicated chip.

The negative point is due to the lack of IP68 certification (against water and dust), which makes the model impossible to be used for more intense swimming events, for example.

Drums
With 390 mAh of battery capacity, Huami promises that the watch will stay out of the sockets for up to ten days. The manufacturer also informs that it is possible to charge at least 50% of the charge with about 30 minutes connected.

Colors and bracelets
The Amazfit Verge bracelets follow the plastic seen in the construction of the watch. Unlike other models in the same category, the bracelet has an exclusive fitting pattern and does not allow the use of items from other similar products, including watches from the brand itself, such as the Amazfit GTR. There are three color options: black, white and blue.

Storage and apps
Like other smart watches, Amazfit Verge has an app that concentrates the main functions and controls of the model to install on the smartphone: the Amazfit App. It is possible to configure apps, change the so-called “watchfaces”, in addition to managing files and adding widgets.

As it does not have support and integration with external apps, Amazfit Verge allows the user to only read messages from applications such as WhatsApp and Messenger, for example, without the possibility of replying to them. As for storage, Huami’s smartwatch brings 4 GB of internal memory to save apps, music and podcasts.