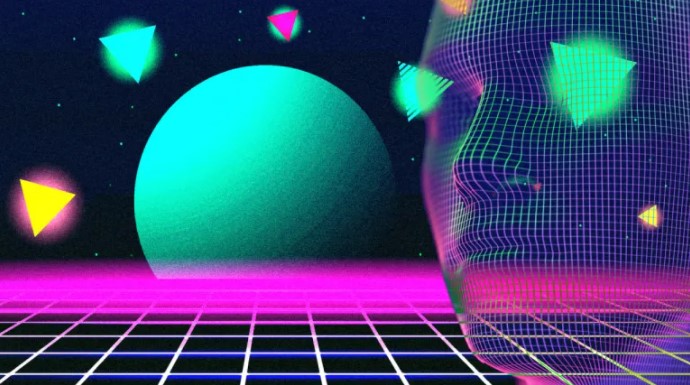 While the cryptocurrency markets are trading sideways, there are a number of lower Metaverse coins currently on sale. At Kriptokoin.com, we look at the top seven Metaverse coin projects with a unit value of less than $ 1, ranked from lowest to highest by market cap.

What are the 7 metaverse coins?

7. Alien Worlds (TLM). $194 million ($0.21). Released in April 2021, Alien Worlds is the most popular game on the WAX ​​blockchain with over 1.4 million users last month. Alien Worlds is a pay-to-play game that allows users to mine Trillium (TLM) with NFTs. Users can also upgrade their setups with rare and legendary NFTs to increase their mining power. Players can mine on various planets, all of which are separate Decentralized Autonomous Organizations (DAOs). TLM is currently trading at $0.2123 with 24-hour volume of $78 million. Its market cap is $194 million with a circulating supply of 914 million TLM. You can buy TLM from Binance, KuCoin, FTX, Poloniex, Bittrex, PancakeSwap.

6. Chromia (CHR). $415 million ($0.73). Released in May 2019, Chromia is a Metaverse platform that makes it easy to build decentralized applications in the real world. It has a unique infrastructure that plays well with Ethereum and allows developers to code applications much faster. A number of successful games have been built on Chromia, including My Neighbor Alice, a blockchain-based game with a market cap of $372 million. Chromia also includes Mines of Dalarnia, which has a market cap of $252 million. Currently, CHR is trading at $0.72 with a 24-hour volume of $99 million. Its market cap is $413 million with a circulating supply of CHR 567 million. You can buy Chromia from Binance, KuCoin, FTX, Poloniex, PancakeSwap, Crypto.com.

5. CEEK VR (CEEK). $500 million ($0.671). Launched in 2018, CEEK VR aims to be the future of music streaming and broadcasting. It has a patented VR headset that is currently available at major retailers like Target and BestBuy. CEEK is the native ERC-20 token of the CEEK VR platform. CEEK VR will feature CEEK CITY, a VR stage for live performances. Currently CEEK VR has partnerships with artists like Lady Gaga, Demi Lovato, Ziggy Marley and many more. At the time of writing, CEEK is trading at $0.672 with a 24-hour volume of $18.5 million. Its market cap is $500 million with a circulating supply of 744 million tokens.

4. Radio Caca (RACA). $548 million ($0.003011). Launched in August 2021, Radio Caca is Maye Musk’s dedicated NFT executive. RACA is the native token for the Universal Metaverse. The USM metaverse is a 3D planetary world where users can own land, build stores on their properties, and play or create various games. Radio Caca is also a decentralized organization (DAO) run by internet-connected individuals around the world. As of writing, RACA is trading at $0.004761 with a 24-hour volume of $203 million. Its market cap is $865 million with a circulating supply of 181.85 billion. You can buy RACA from Poloniex, Gate.io, PancakeSwap, MEXC.

3. Metahero (HERO). Launched in June 2021, Metahero is building a next-generation Metaverse that allows users to create perfect replicas of themselves and other real-world objects in the digital world. To achieve this, Metahero partnered with Wolf Digital World (WDW), inventors of the 16k 3D modeling technology used by CD Projekt, the team behind Cyberpunk 2077. Currently, HERO is trading at $0.13 with a 24-hour volume of $13 million. Its market cap is $688 million with a circulating supply of 5.1 billion tokens. You can buy HERO from KuCoin, PancakeSwap, Gate.io, LBank and more.

2. WAX (WAXP). $823 million ($0.44). Founded in 2017, WAX stands for The Worldwide Asset eXchange™. It has been called the world’s most environmentally friendly blockchain for NFTs, collectibles and video games. WAX allows you to buy, sell and trade NFTs in their respective markets along with dozens of dApp games for users to play. WAX is also home to dozens of popular win-to-play Metaverse games, some of which include Alien Worlds, Farming Tales, Prospectors, R-Planet, and more. At the time of writing, WAXP is trading at $0.44 with 24-hour volume of $54 million. Its market cap is $834 million with a circulating supply of 1.87 billion. You can buy WAXP from Binance, KuCoin, Bittrex, Crypto.com and more.

1 IoTeX (IOTX). $1.1 billion ($0.1195). Launched in April 2019, IoTeX is a scalable and privacy-centric blockchain infrastructure for the Internet of Things. IOTX is the native token of the IoTeX blockchain that powers the network. IoTeX has the IoPay Web3.0 wallet available on Android and iOS devices. IoPay is the gateway to the IoTeX ecosystem that anyone can easily access. At the time of writing, IoTeX is trading at $0.117 with a 24-hour volume of $41 million. Market cap of $1.1 billion and a circulating supply of 9.54 billion IOTX. You can buy IOTX from Binance, Coinbase Exchange, KuCoin, Crypto.com, Uniswap, PancakeSwap.