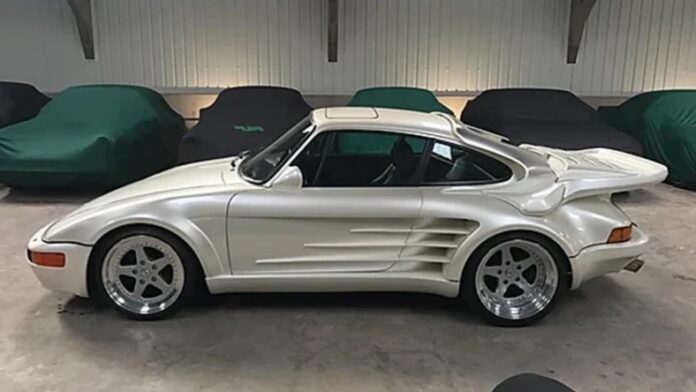 The 1986 Porsche 930 is arguably one of the most iconic models in the history of sports cars. Gemballa, which combines its powers to make this vehicle, which is an engineering wonder in itself, much more impressive, and 1986 Gemballa Avalanche, developed by FUF based on Porsche 930, is still one of the most expensive Porsches today.

Porsche 930 Turbo, one of the highest performance sports cars of the 1980s, was a model beyond its era. On the other hand, two companies named Gemballa and RUF signed an extraordinary model called Gemballa Avalanche based on the iconic vehicle in the same period. The vehicle, which first appeared in showrooms in 1985, had a price tag of 390 thousand brands corresponding to 700 thousand dollars at that time.

1986 Gemballa Avalanche, which was bought by many of the leading 80s names like the famous American rapper Vanilla Ice, and gained incredible popularity in a short time, was the subject of some songs. 1986 Porsche 930 Turbo-based Gemballa Avalanche was distinguished by its strong performance as well as its unique exterior and interior design.

1986 Porsche 930 Turbo-based Gemballa Avalanche has a 375 horsepower engine
Responsible for the mechanical modification of the vehicle, the RUF implemented a series of upgrades, including a 375 horsepower, dual exhaust system and a five-speed manual transmission, resulting in a complete performance beast. Featuring 17-inch chrome-plated alloy wheels, the 1986 Gemballa Avalanche was equipped with black leather sports seats, an electric sunroof and air conditioning.

Gemballa Avalanche, at the age of 34, is only 22,500 km
So, how much does it cost to own this vehicle, which is one of the only Gemballa Avalanche produced in the world? Let us answer you immediately, without leaving you more curious: 250 thousand dollars. Let’s put together the information that the price of the 2021 Porsche 911 Turbo S, which was introduced in March, the fastest and most powerful car of the 911 series, is 203 thousand dollars.

These K-Pop groups could be nominated for GRAMMYs

Ben Affleck talks about Robert Pattinson in “The Batman”

The move that makes the presence of the Resident Evil series...

BTS tops Billboard Hot 100 chart for second week in a...

Daniel Bryan: “Matt Riddle has it all to succeed”

Another Marvel themed venue in Fortnite