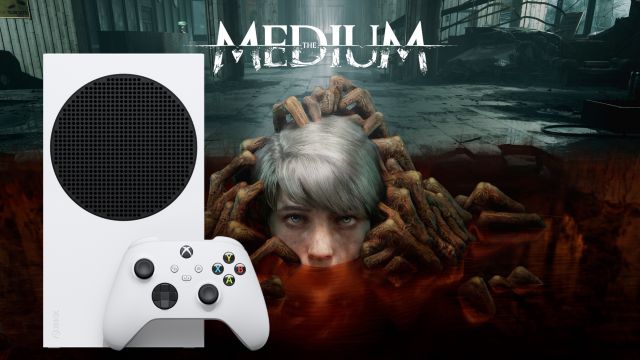 Bloober Team, also authors of Observer, Layers of Fear and Blair Witch, weigh in on the cheapest Xbox model.

Microsoft has opted for a strategy that includes several models of its next-generation console. On November 10, both Xbox Series X and Xbox Series S went on sale, two machines with different technical specifications, each one focused on a particular type of player. Jacek Zieba, producer of The Medium in Bloober Team, has granted an interview to Wccftech, where he has reflected on the most economical version of the console, which in addition to not having a disc player, has more reduced technical characteristics. The developer has not provided a definitive answer, indeed, he asks to wait to assess his performance.

“It is difficult to make a full trial at this point, since we will have to wait to see how the first titles perform on both platforms. Microsoft is working hard to make sure the games are similar on the two systems, despite the considerable differences in power. ” According to Zieba, what they can assure is that Xbox Series S is a very valid option if you combine it with the Xbox Game Pass service, especially for users who have returned to video games or for those who are starting in them.

The Medium is the first truly exclusive title for the new generation of Microsoft, since it will not be available on Xbox One. The game was scheduled for 2020, but the studio decided to delay it until next January 28. With that new date in mind, they will try to offer a title with a better finish, also on PC. Xbox Game Pass subscribers will be able to enjoy it from the same launch day.

See Also
Medium gets a new trailer focusing on its powers

In these first weeks, both Sony and Microsoft have had a stock problem with all their machines. The coronavirus crisis has slowed down production processes. All in all, those in Redmond have reported that they are doing their best to increase the flow of consoles as soon as possible.