Home News It’s The #MeanGirlsDay And It Falls On Wednesday, So You Better Wear... 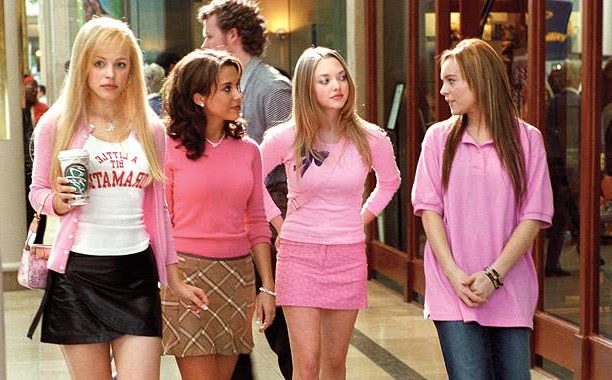 It’s The #MeanGirlsDay And It Falls On Wednesday, So You Better Wear Pink. That’s what bad girls are about: that being bad is a sovereign shit, and that is something that everyone should remember every day when they set foot in the street

Today, when I woke up in the morning and put on a pink tank top that I bought at Pimkie in 2004, I was not aware that this gesture born of extreme neglect was going to give me the high of the week when I arrived at the office. Let’s see if you guess why.

Fuck, a little bit of you. Ok, ok, I continue with my story.

Upon arriving at the office and seeing the hashtag #MeanGirlsDay I have realized that today is October 3, the world day in honor of the movie Bad Girls.

And this year has fallen on Wednesday, and of course, “Wednesdays we go pink.”

mean girls day this week y'all, don't you forget it

A LOT HAS TO TURN THE DAY TO BE A BAD DAY.

I will also say that when I saw the movie (rented in the video store under the house, of course) with my friends in the midst of our teen effervescence, I would not have imagined in a million years that Bad Girls would become in a cult movie and an emblem of the 2000s.

Come on, they tell me that people were going to be crying on the Internet for having forgotten to wear pink today and I would have been less credible than if they would tell me everything that was going to happen to poor Lindsay Lohan.

Which, by the way, how wonderful this video of her saying her favorite phrases from the movie.

People are willing to apply the “You can’t sit with us!” In real life with all those who have not respected the dress code on such a designated date.

I, for my part, have not been cooler for two reasons:

1) No one else was in pink, so I would have stayed alone.

2) I have realized that I wear a shirt bought in the year the movie came out, that is, 14 years ago, and I feel older than fire. That always appeases arrogance, especially in the early morning.

On Wednesdays we wear pink

My head explodes that Bad Girls is also a reference for teenagers now. I am shocked that entire high school classes even agree with their teacher that they are going to wear pink to celebrate that date.

But maybe if Bad Girls has gone to posterity it is because it is not a movie as silly as it seems to be first. In fact, it has one of the best reflections to always carry in the shirt pocket and be a decent one with the others I’ve heard:

Precisely that is what Bad Girls are: that being bad is a sovereign shit, and that is something that everyone should remember every day when they set foot on the street.

The clock strikes midnight on October 3rd. Every white girl in the world simultaneously grabs their phone and tweets, “It’s October 3rd. Happy Mean Girls Day.” The world is safe for another year. The prophecy has been fulfilled. In the distance, sirens.

Me struggling to come up with a clever Mean Girls tweet for October 3 that hasn’t been done before pic.twitter.com/3yNPVTsOAG

Happy #MeanGirlsDay, all! I hope you celebrate by eating whatever the hell you want… pic.twitter.com/YJHzqJHfcN

Mean Girls as a thriller:

This completely changed the movie! Also I am the original creator of this video. If you share this, please tag me. FULL VIDEO ON MY CHANNEL, LINK IN BIO. Follow me (@the_real_editor) for more. New trailers every Saturday. VIDEO: IF MEAN GIRLS WERE A THRILLER

Mean girls quotes on the political compass. from PoliticalCompassMemes

My sister-in-law knows I love Pokémon and Mean Girls so she made me this. from pokemon

People in China Greet Their Feet for Fear of the Corona...

Percy Jackson to get series on Disney +