Home Entertainment MCU”What if…?”: 10 storylines that Reddit users want to see in the... 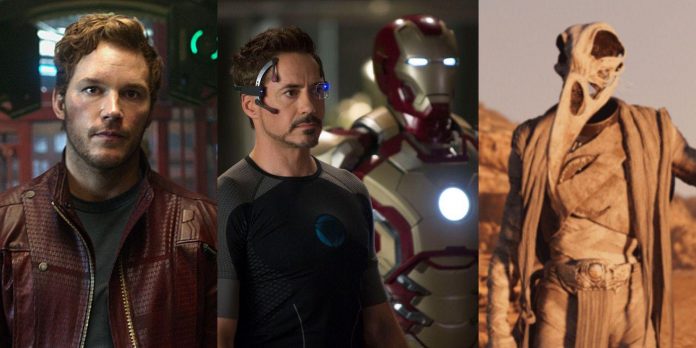 Despite Kamala Khan’s comic book origins, Ms. Marvel episode 3 officially confirmed that she has no ties to the Inhumans. It is shocking since Black Bolt’s appearance in Doctor Strange in the Multiverse Madness renewed fans’ hopes of the Inhumans being part of the MCU. Though it is disappointing, a What If…? episode could tackle Kamala’s Inhuman connection since season 2 is in development.

As the MCU introduces new characters like Moon Knight and the Eternals, season 2 could bring forth new potential storylines. Reddit users have come together to discuss which comic book scenarios they would love to see in What If…? season 2 and how they imagine them to play out.

What If… Iron Man Didn’t Escape The Portal?

In The Avengers, Tony Stark redirects a missile into the space portal that the Chitauri are coming from. Stark loses consciousness and just barely makes it back to Earth before the missile detonates and the portal collapses.

RELATED: 10 Characters Who Should Get Their Own Episode In What If…? Season 2

Reddit user Anon-Why suggests this scenario – “They close the portal a few seconds too early and Stark is stuck in space. It would be such a different movie.” As cheeze64 points out, “No Iron Man = No Ultron,” and many other pivotal plot points wouldn’t have occurred. If America Chavez in Doctor Strange in The Multiverse of Madness was correct, this scenario could be the nightmare Stark was having in Iron Man 3.

What If… Star-Lord Hadn’t Lost His Cool On Thanos?

Fans everywhere are still angry at Peter Quill’s actions in Avengers: Infinity War. Upon learning of Gamora’s death, he jeopardizes their plan and beats Thanos up – easily one of the worst character decisions in the MCU.

Riverpickles comments, “Strange mentions [that in all futures but this one,] they lose, but what would losing look like there?” Fans dislike Star-Lord, but there is fair speculation about what would have happened if he didn’t lose his control. Aerojonno explains, “Thanos had to win. He was the only one willing and able to destroy the stones.” This Reddit user also points out, “Strange, [Quill,] and Stark definitely wouldn’t agree on what to do with the stones… it could turn into a grisly fight pretty quickly.”

What If… Hank Got Stuck In The Quantum Realm Instead Of Janet?

In Ant-Man, Hank Pym explains that his wife sacrificed herself to disarm a missile, but viewers learn in Ant-Man and the Wasp that Janet only got stuck in the quantum realm.

It’s fair to wonder what would have happened if the roles were swapped in this case. Mak_27 comes up with a possible scenario, “Instead of Janet, Hank sacrifices himself to stop the missile in the 80s, but Janet remains working for SHIELD… Without Hank and Pym Industries, Norman [Osborn,] a former scientist of SHIELD, rises.” Hank created the Pym particles, and he recruited Scott. The changes that would take place if he wasn’t there is an interesting concept to ponder and hope for in season 2.

What If… Khonshu Asked Thor To Be His Avatar?

In Moon Knight, Khonshu convinces Marc to become his avatar. In his lowest moment, Marc accepts, and his adventures with the Egyptian god begin.

Reddit user Jtides shares, “I think Moon Knight opens some cool ‘what if X became Khonshu’s avatar.’ [Thor would be cool,] one god so desperate, he does the bidding of another.” Kolvez jumps on the bandwagon, adding “I could see Khonshu approaching a de-powered Thor in the first Thor movie. Now, the Hammer is stuck in the desert and Thor is wearing all white, wielding a new bird-themed hammer.” It is an intriguing scenario for the God of Thunder to become possessed, although it may foresee some consequences given the unlimited power Khonshu could abuse.

What If… America Chavez?

In the latest Doctor Strange installment, fans were introduced to America Chavez, a young girl with a remarkable ability to travel through cinematic universes.

Viewers have a lot of questions about the logic of America’s powers within the rules of the multiverse. ABCofCBD says it would be “fascinating if somehow, America becomes a focal point for a whole What If…? season… she canonically would be the same character we see in the main MCU.” Juanees19 is hesitant, stating “I’m a bit afraid, to be honest. America is like a Pandora’s box, can’t help but think they’ll shackle her powers somehow.” Indeed, bringing a character that wields multiverse power to a series about multiversal situations could lead to a rabbit role in the MCU.

What If… The Eternals Fought Thanos?

In Eternals, the group makes it clear they are not allowed to aid the human race in their affairs, except for those that involve celestial beings that threaten their mission.

RELATED: 10 Biggest Differences Between The Eternals Movie And The Comics

Marvel fans would love to see the Eternals in a What If…? episode, particularly what would happen if they fought Thanos alongside the Avengers. Easy-Faithlessness-4 says “I personally would love this episode because it [would] show us how each Eternal takes in the sudden death of all humans.” They also express hope to see “Athena get a 1v1 with Thanos.”

What If… Thor And Hulk Were Around For Civil War?

Captain America: Civil War introduced several major Marvel characters, but two of the main Avengers were missing from the film. Thor and Bruce Banner were in space dealing with their own plot threads and conflicts necessary for their arcs in Infinity War.

Marvel fans are interested in seeing what could have been if the two heroes were on Earth during the Civil War events. Roninwarshadow makes a great argument for which hero would side with – “Hulk has consistently shown himself to be a loose cannon… Thor, on the other hand, is much more self-controlled (comparatively speaking).” CyclingUpsideDown suggests the possibility where “Bruce sides with Tony, but Hulk ends up siding with Cap” making for an interesting conflict between the two personalities.

What If… The Original Avengers Team Was Different?

The original Avengers team was comprised of Iron Man, Hulk, Thor, Black Widow, and Hawkeye. The first season of the MCU’s animated series showed viewers what would happen if the Earth lost its mightiest heroes.

Reddit user Kronos842930 poses a different scenario – “It would be interesting to see a What If episode about the potential members we could have gotten for the original Avengers team.” They include a collage image in their post of War Machine, Captain Marvel, Ghost, and Abomination. Blipp17 says, “With The Consultant, one shot making it that the WSC wanted Abomination in the Avengers instead of Banner, a What If  [of this] wouldn’t be too exciting.

What If… Tony Fought The Real Mandarin?

In the Marvel comics, the Mandarin is one of Iron Man’s greatest foes. To the annoyance of fans, Iron Man 3 introduces a knock-off Mandarin as Trevor Slattery, one of the most disappointing villains of the MCU.

Reddit users would love to finally see the two characters square off in a What If…? episode. TheAmericanCyberpunk says, “It is absolutely criminal that Tony never faced off against the real Mandarin.” When the real Mandarin did show up in Shang-Chi, he easily proved himself to be one of the better villains in Phase 4 due to his emotional backstory of loss, grief, and forgiveness. Thus, it is likely that a battle between Iron Man and Mandarin was a missed opportunity after all.

What If… Tony Stark Was The Sorcerer Supreme?

Before the result of Avengers: Infinity War, Doctor Strange was the Sorcerer Supreme. When he returned to the world five years later, Wong had taken the title.

Reddit users would love to see Tony Stark take the mantle of Sorcerer Supreme in a What If…? episode, just as the character did in some of the comics. MysticAGV shares, “I’m down for that episode.” A magical Tony Stark suited in his Iron Man armor could entail his most formidable form yet and perhaps undo his demise in Avengers: Endgame.