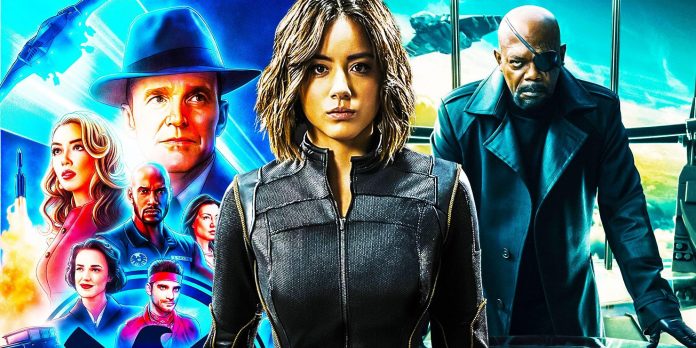 If that were to happen, a reboot of Quake in the MCU would be a huge slap in the face to Marvel’s SHIELD agents. Recently, Daisy Johnson, played by Chloe Bennet, became the subject of rumors linking her to Marvel’s plans for Phase 5. According to these unsubstantiated claims, the character will be rebooted with a new story, albeit with the same actress who played her in the ABC series.

There has been talk for years that “Shield Agents” could be recognized in the relevant part of the MCU. But at the moment, it’s obvious that, despite numerous connections with the MCU, it’s not really canon with Marvel movies and Disney+ shows. That’s why it’s entirely possible that if the Agents of Shield character makes his MCU debut properly, it could be a whole new backstory. Presumably, this is exactly what Marvel intends to do with Quake. Among the statements about her supposed return was that the creators of Agents of SHIELD gave their “blessing” to the reboot of Quake in Secret Invasion. But not only Bennett denied the rumors, the showrunner of “Agents of Shield” Maurissa Tancharoen questioned them, denying that any blessing was given.

Related: Who is the Union Jack character rumored to be Olivia Colman’s secret invasion?

Whether it happens or not, Quake, reinvented in the MCU, will be the biggest insult to Agent SHIELD from Marvel. In the Marvel series “Vandavision”, KVM completely disrespected the Agents of the Shield when using the Darkhold, and at the same time completely ignored the entire story of season 4. But restarting Quake would be even worse (even if it meant putting Bennett in the role). Agents of SHIELD spent seven seasons developing her character, so it would be very problematic for Marvel to erase her entire history in the series so easily and start from scratch. In fact, it would be better not to use her at all than to discard seven years of stories and all the relationships she shared with other Shield Agents characters, especially Coulson.

How Quake SHIELD Agents Can Return to the MCU

If Marvel ends up using Quake (regardless of the issues), then admittedly it makes sense for her to be in Secret Invasion. As a reliable SHIELD agent, she is certainly the person Nick Fury could turn to for help trying to find the Skull impostors infiltrating society. In the comic book version of this event, she was one of his most trusted allies in the fight against shape-shifting aliens, and could also play this role in the upcoming MCU story “Secret Invasion”. Choosing this route might work with or without her “Agents of Shield” backstory.

The main problem Marvel will face when using Chloe Bennet’s Daisy Johnson will be her superhero background. Looking at how the MCU abandoned Ms. Marvel’s non-human origins in her Disney+ series, it wouldn’t be surprising if the MCU ended up doing the same with Quake. Her connection to the inhumans was one of the most important contributions of SHIELD Agents to the Marvel Comics character, but she would most likely have been excluded by the MCU, which would give another reason why her reboot would be the wrong move for Phase 5.

God of War Ragnarok Director Talks About His Version of Thor