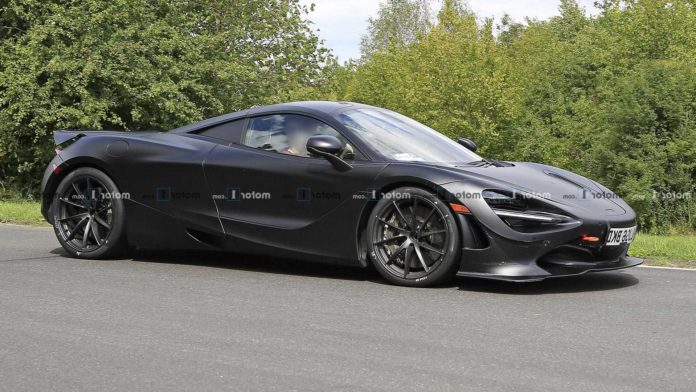 McLaren, one of the first names that come to mind among supercar makers, announced the date when the new supercar will be introduced. The company will introduce its new vehicle McLaren 750LT with a press conference at its headquarters.

Due to the Corona virus that erupted in China, we started to hear the cancellation news of many events around the world. The biggest events that many industries awaited the most were among the canceled events. For the automotive industry, this was the case for the Geneva Motor Show.

The Geneva Motor Show, one of the biggest events in the automobile world, where the world’s most famous brands introduced their dream vehicles, was canceled this year due to the Corona virus. With the cancellation of the fair, the question of how and where companies will introduce their new products came to mind.

The new McLaren will be introduced at a press conference:
McLaren, who played for the top among luxury car brands, was among the names affected by the closing of the Geneva Motor Show. But the company doesn’t do its best to make big announcements. These announcements will be a giant scene and somehow not to be seen by McLaren fans.

In his announcement today, McLaren announced that he will hold a press conference at 3:30 pm on March 3, 2020 at McLaren Technology Center in England. Mike Flewitt, CEO of McLaren Automotive, will also attend the press conference and will focus mainly on industry news, additional products and the “exciting new McLaren supercar”.

The vehicle, mentioned in the announcement by McLaren, will be among the McLaren LT series. According to estimates, McLaren will announce the brand new McLaren 750LT at the press conference. The McLaren 750LT will have 740 horsepower and a 4.0-liter twin-turbo V8 engine, according to the claims made so far.

The press conference that McLaren will hold in its center will be broadcast live on the internet. You can use this link on the day of the broadcast to watch the live broadcast. However, if you do not want to watch the broadcast, you can follow the meeting on Twitter or Facebook with the tag #McLarenMotorshow.

Ambitious processor plans based on US from Huawei