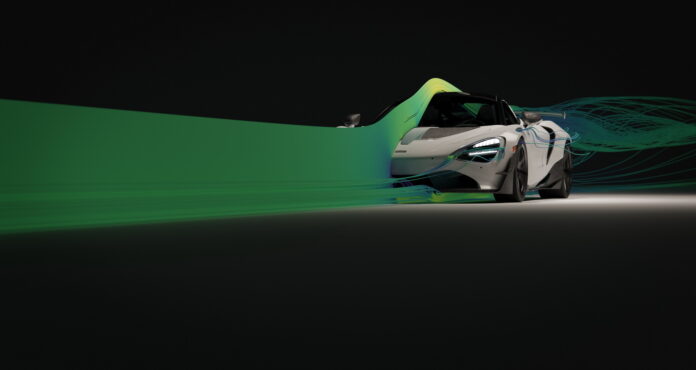 McLaren 720S, one of the sports cars that crank asphalt with its extraordinary performance, has been modified with the parts produced in three-dimensional printers. The vehicle, which is a great example that 3D printing technologies can also be used in the automotive world, offers an impressive appearance.

McLaren 720S, which is generally subject to our news with speed tests or take-off races, came up with an interesting modification this time. Previously, 1016 Industries, which produced carbon fiber body kits for some sports cars that bite fingers with Lamborghini Aventador, Ferrari F12 Berlinetta, McLaren 570S, 570GT and 540C, has now overhauled McLaren 720S in its garage.

The US-based company recreated the aluminum body of the British sports car using 3D printed parts made of gel material with a special ultraviolet vulcanization method. The process of designing and assembling all parts was completed in less than four months.

Using the Computational Fluid Dynamics (CFD), a method in the development process where detailed calculations can be made in the field, and the flow field and other physical details can be analyzed, 1016 Industries not only saves time, but also provides complete one-to-one scale accuracy. provided.

Speaking about the project, 1016 Industries CEO Peter Northrop said, “Our focus for this project was how we can use 3D printing materials in the automotive world. “The 3D printing process we applied to the McLaren 720S not only allowed us to produce faster and more efficiently, but it also enabled us to improve quality.”

The Miami-based company, which did not modify the famous sports car for the first time, equipped the body of this $ 300,000 monster in December 2019 with carbonfiber materials. Moreover, world-famous street artist Alec Andon, known as Alec Monopoly, also signed an enormous graffiti on the same vehicle. Of course, all these improvements had raised the price of the vehicle up to 700 thousand dollars.

Shingeki No Kyojin: In what order to watch the entire series