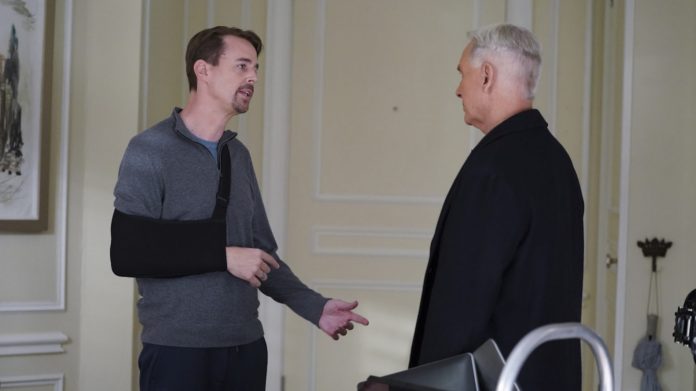 The popular NCIS series, it seems that he does not think to stop in endangering McGee in this season 18, after being wounded by a gunshot by Gibbs, he is now recovering, but at what cost?

After the real reason why Gibbs (Mark Harmon) had to shoot McGee (Sean Murray) is revealed, he must now recover from the two gunshot wounds he inflicted to save his life.

NCIS fans last saw McGee being carried away on a stretcher, leaving his fate up in the air and CBS viewers fearing the worst. But, it looks like there will be a great recovery.

While it may be difficult for him to understand why Gibbs took such brutal action, Murray’s character looks relatively happy and healthy in a series of snapshots from the next episode that we showed you in our previous note.

The next episode of NCIS, will be titled “1mm”, where we will see Gibbs and McGee, chatting and apologizing for what happened to his arm and detailing what happened.

As they search for a way to rescue Bishop (Emily Wickersham) and Torrres (Wilmer Valderrama), planning and investigating where they could both find themselves. But, the question that everyone has is, Who is the person that keeps them in captivity?

Rihanna Really In Love With A $ AP Rocky?