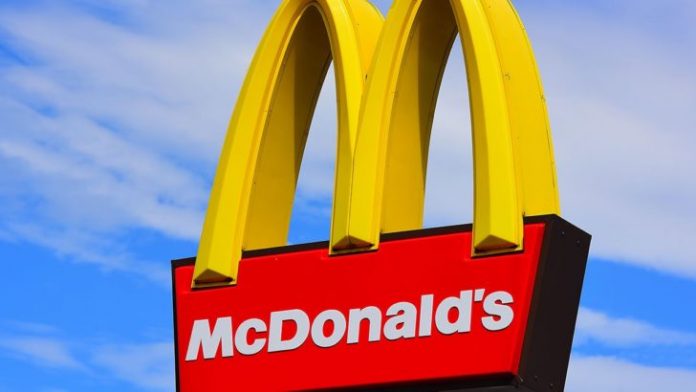 It doesn’t always go as planned at McDonald’s! Indeed, a viral video shows us a child abusing a teammate from the restaurant …

Come as you are, the other said … Well, that adage doesn’t apply to that young boy. Indeed, a child violently attacks a McDonald’s employee. The video of his actions floods the Web and shocks Internet users. In any case, that rascal gave the team at this restaurant a hard time.

McDonald’s versatile team members see them as green and unripe in short. The latter are often put in front of customers who cross the line.

For the slightest misstep, they are pilloried, while they must grit their teeth in the face of certain injustices. Difficult to keep calm when faced with a clientele that goes beyond the limits.

As they say: the customer is king, that said, there are limits not to be crossed. These limits, this young boy crossed them by violating one of the employees of the fast food restaurant.

What was the amazement of his colleagues who saw this child degenerate completely. However, he is not the only one to slip off his hinges and get out of hand.

This now viral video doesn’t really make you want to work at McDonald’s. Even if you want to make ends meet as a student.

Who has never heard these many anecdotes from McDonald’s teammates? The ones where you hear about violent clients with indecent requests.

However, one would not imagine that a young boy could come to put himself in such states. On TikTok, a video shows a child throwing a drink in the face of a cashier.

This Australian McCafé employee must not have understood what was happening to him. Especially since this young client did not stop there!

The latter jumped onto the counter, bare feet – why, we do not know – vociferating on his victim. He was eventually apprehended by another client, who let him down.

However, it is not known if this mysterious benefactor was part of the madman’s family. What is certain is that this one quickly dispatched it out of the restaurant.

In Australia, the video spread like wildfire, and reactions were quick to erupt. Some describe this attitude as utterly disrespectful, and rightly so.

After all, McDonald’s employees die hard. These kinds of incidents can happen quickly if they are dealing with clients who are out of control, convinced that they are in their right.

Since then, a spokesperson for the firm, quoted by Yahoo! News said that no “form of anti-social conduct” was to be tolerated “at Macca,” the McDonald’s nickname in Australia.

Lucifer season 5: will Chloe become immortal in the sequel