McDonald’s, one of the largest fast food chains in the world, is opening a restaurant within The Sims 4 and Minecraft games. The establishment is a replica of the Méqui 1000 on Avenida Paulista and will serve the virtual characters of the players, but will also give real discounts to those who place orders accessing the app through the games.

The Minecraft version has the support of influencers Marco Túlio (AuthenticGames) and the S0ldierBr profile to present the restaurant. Interested in seeing the space debut, they can follow the demo live at 7 pm on February 20, following the streamers on Twitch and also on YouTube.

In The Sims 4, everything will be shown first by Roany Phillips, from the Rao TV channel for the Girls in the House series created by the influencer. The replica in the game was created especially for your webseries, but items for construction will be made available in the game after being shown on the channel.

This is an action by the advertising agency DPZ & T in partnership with The Hub and aims to strengthen McDonald’s relationship with the gamer audience.

According to the CMO of the fast food chain, João Branco, there are already hundreds of videos made by fans showing their replicas, so the idea only reinforces what is already happening. It is a way of talking to an audience of great relevance to McDonald’s, while also giving the player the chance to order a real Big Mac.

In Minecraft, the Méqui 1000 will remain open to visit, and will still have its look in the game updated whenever the facade in the real world is changed.

See Also
McDonald's and Twitter want to be inclusive by 2025!

To explain how to access the news, in the days following each of the actions, Méqui will make available in the stories of its social networks the “step by step” to access the elements. 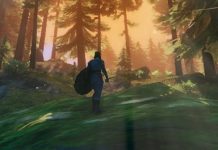 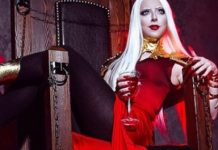