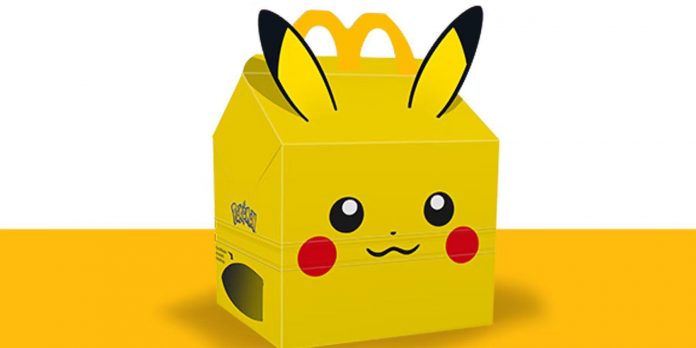 Last year, McDonald’s and Pokemon joined forces for their 25th anniversary by releasing many special cards. This has caused many diehard fans and collectors to go crazy, and many of these cards have been scalped online at retail stores like eBay. Now McDonald’s and Pokemon are doing it again, offering a Happy Meal set with Pokemon cards and toys.
So far, it doesn’t look like the craze that gripped you last year will return, but as with opening any deck of cards, there are many regular cards that can be pulled from these Pokemon Happy Meals, and a few rare ones. These cards are already on sale on eBay, which immediately sets a solid price. Let’s hope these Pokemon cards don’t get scalped to the same extent as last year, and there’s no sign of that yet, but many fans may want to know how much their cards are worth.
RELATED: Some Retailers Are Selling Halloween Pokemon Cards Earlier
There are fifteen cards that can be obtained from these Happy Meals, each of which has four cards, as well as several other chances. Each Pokemon card has a holographic and non-holographic variant.
As Dexerto first reported, non-holographic options are the most common and obviously the cheapest, each costing a dollar or two on eBay. Meanwhile, each of the following holographic cards is currently being sold on eBay for between $3 and $6:
Victini Smeargle Growlithe Rowlet Gossifleur
This should not be surprising, since the most valuable card is Pikachu, its holographic version is sold on the Internet for about $ 10. It should be noted that the 2021 Pikachu holographic card is still in the same price range, which means that this card will probably stay the same for a while. Of course, this rules out any random spikes that could potentially occur, but that remains to be seen as these cards are more standard and less special than last year’s.
This McDonald’s x Pokemon promotion will last until mid-September, so anyone looking for certain cards should have a better chance of getting them. This is a pretty good time for Pokemon TCG in general, as the 2023 Pokemon Championship series was recently announced, with TCG being one of the main destinations of the 2023 Pokemon World Championship. The first event is scheduled for September 16-18 and will be held at the Baltimore Convention Center in Maryland.

Bachelor’s Degree: What Juan Pablo is planning in 2022