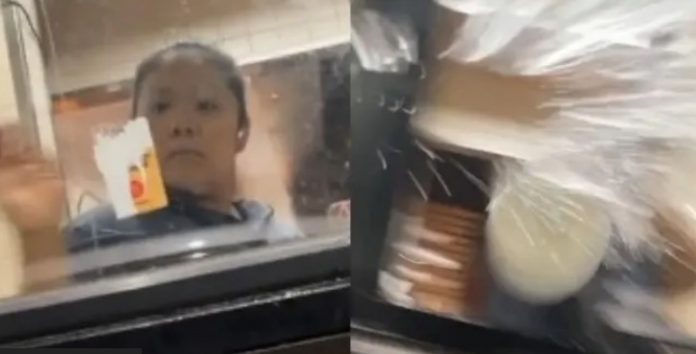 TikToker’s outrageous argument with a McDonald’s employee about not being given sauce led to a drink being thrown at her, but users think there’s more to this story.

There have been countless TikToks related to McDonald’s travel fraud, sometimes even car accidents, but one woman went viral because of how an employee allegedly behaved.

In the clip that sparked a debate on the platform, TikToker “kaileighhm” was at a McDonald’s diner and was asking about the sauce when a worker opened the window with a drink in her hand.

“So I can’t have the sauce?” — she asked the employee. “Oh yeah, are you going to pour water on me?”

In an instant, an employee threw an ice-filled cup at the woman, prompting her to give a thumbs up and offer to call the police.

“Who is calling the police now? Because I asked for some sauce?! she exclaimed.

Although this video abruptly ended with the employee going to the back room, users have more questions than answers.

TikTok is puzzled after a McDonald’s employee doused a woman with a drink
In the comments, users began to wonder what happened before this confrontation, and others demanded that McDonald’s fire the woman for her actions. 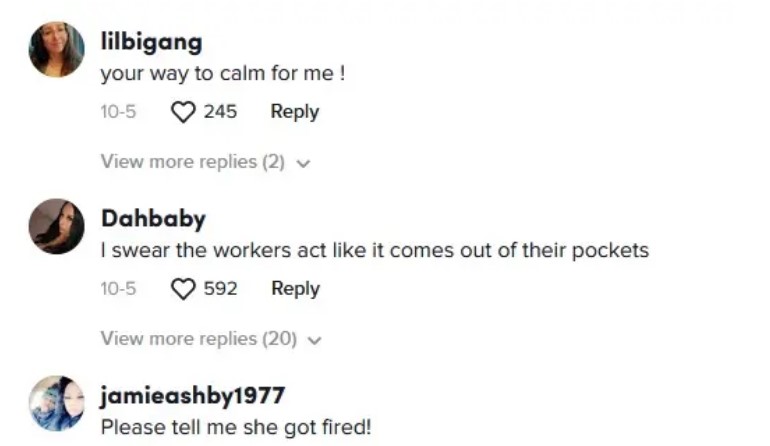 Nevertheless, many commentators sided with TikToker, praising her for keeping calm, and some even said that they would have broken the window of the passage in response.

It’s unclear where this video was shot, what sauce was requested and whether McDonald’s will take action, but this is just the latest of a huge number of dramatic crashes that have taken the app by storm.