Home Entertainment Mbappé Wears White in FIFA 22; This Is What The New PSG... 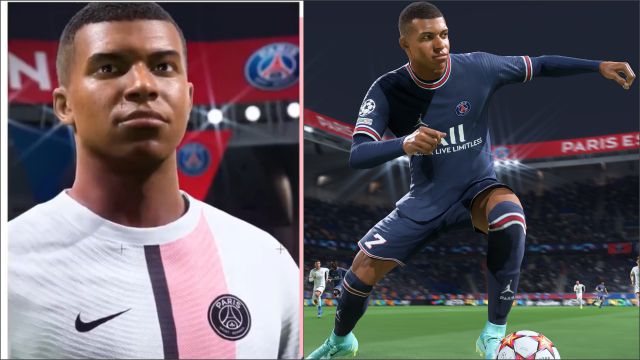 Mbappé: The Paris Saint-Germain star appears in FIFA 22 dressed in the white color of the French club’s new away kit.Kylian Mbappé wears white during the announcement of the new Paris Saint-Germain away kit. EA Sports has not missed the opportunity to promote what the Frenchman looks like with his new colors within FIFA 22, the next installment of his football simulator par excellence. You can see the first images of the shirt in the game under this paragraph.

MeriStation has already been able to participate in the first hands-on session with the FIFA 22 beta. This small preview highlighted some of the novelties in the new generation systems, such as HyperMotion technology, which promises to include a huge wave of unpublished animations regarding PS4 and Xbox consoles.

“The leap from the previous generation was already noticeable and here it is repeated,” we said in the preview. “The staging obviously reminds us of FIFA 21 for the new generation. Both in the first bars and the use of the camera that was released for the next gen and also the finishes of the field, the grass and the details that we see on the jerseys and in the recreation of the players ”.

As for the technology to which we alluded previously, the beta “still leaves room for improvement”, but “it can be seen in new animations, movements and situations that did not exist before”. We gave an example of jumps in the air, which now have “many more variants” when hitting an opponent, in addition to the opportunities that are generated when making entries.

Of course, not everything was convincing, such as the passes into space, “tremendously effective not only because of how the attacker stands out, but because of the defensive passivity, and the speed of the forwards and their explosive starts”.

You can read the full advance through this link.

After the success, Don’t Toy with Me, Miss Nagatoro confirms its...