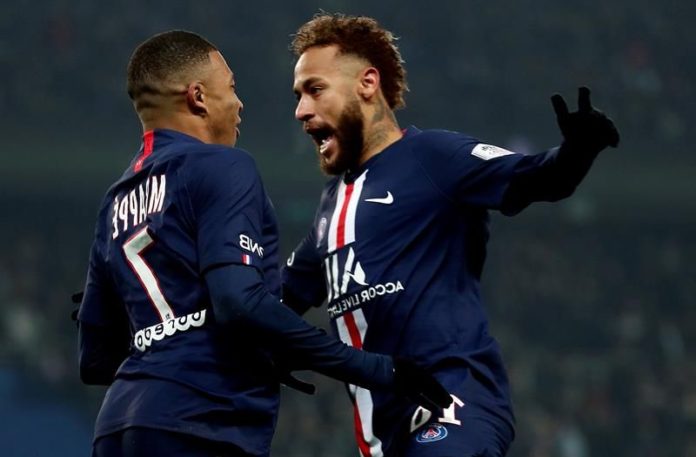 The goals of Kylian Mbappe and the Brazilian Neymar, on penalty, led to the victory against Nantes of Paris Saint Germain (2-1), which maintains the distance of five points, with a pending match, with respect to Marseille, which has accentuated his pressure on the leader in the last days.

Neither Mbappe nor Neymar finished the game. The French international left the field in the absence of a quarter of an hour to leave his place to Mauro Icardi. I did not like Mbappe for the replacement and left the grass of the Parque de los Principes in disgust.

It was he who ended the resistance of Nantes with a beautiful goal at the start of the second half. Neymar picked up the ball and gave it to Angel Di Maria, who entered through the right wing. The Argentine focused on the penalty spot and Mbappe, heel, surprised Alban Lafont.

The Neymar clash was stated five minutes from the end. A bad transfer of head of the visiting defender Nicolas Pallois to goal Alban Lafont ended with a knock down of the goalkeeper to Mauro Icardi, who minutes before replaced Mbappe. The penalty was transformed by Neymar, to whom the VAR had annulled a goal in the first half due to a previous foul by fellow Julian Draxler.

Then, the Brazilian left and left his place to the Uruguayan Edinson Cavani, who has lost prominence in the Parisian team.

The victory leaves Thomas Tuchel’s team as leader with five points ahead of Marseille, which won Angers on Tuesday. Paris Saint Germain, however, has one less game, which was postponed on Sunday, against Monaco, due to bad weather.