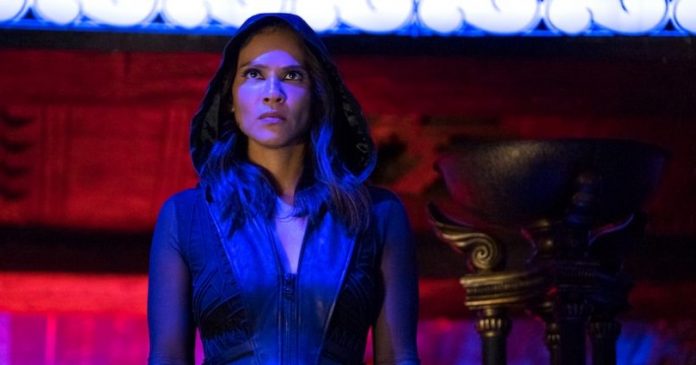 Lucifer fans have been eagerly awaiting the arrival of season 5B of the drama for several months. Now, they have intensified with a publication of the interpreter of Maze in the Netflix series.

Recently, the interpreter of Maze in Lucifer, Lesley Ann Brandt, published a photo on her Instagram account that left all the regular viewers of the program convinced that a great wedding will come with the following episodes.

Although everyone knows that Maze in Lucifer has never done very well in love, the new track released by the character’s actress had fans wondering that the bells will ring announcing a wedding.

As all fans know, the crew and cast of Lucifer remain on the film set for the episodes of the sixth and final season of the hellish Netflix series.

While this is happening, the stars of the show are constantly updating fans on what’s to come. On this occasion, Lesley Ann Brandt posted a photo of herself wearing a special black maze outfit. The image was accompanied by the following message:

“Always grateful to @neilhimself [Neil Gaiman] for creating it. Mazikeen of the Lilim “.

Photo shared by Lucifer’s Maze actress
In this sense, Lucifer fans were quick to react to the photos of the Maze actress, hinting that her character was wearing a perfect outfit for her wedding in the Netflix drama. These were the comments:

“Why do I feel like Maze and Eve are getting married?”

“I think Eve and Maze are getting married.”

“@LesleyAnnBrandt This dress is perfect both as a Mazikeen wedding dress and as a rule of hell. Wonderful. Favorite demon. ”

Recall that earlier this week, Brandt was joined by Eve’s co-star Lavi for a short behind-the-scenes clip, and Eve was apparently wearing a white wedding dress, prompting fans to think that there will be a wedding in Lucifer.

“One Kiss”, New English Lesson For Our Course

Emily Ratajkowski hot on Instagram: she poses in a leopard bikini!