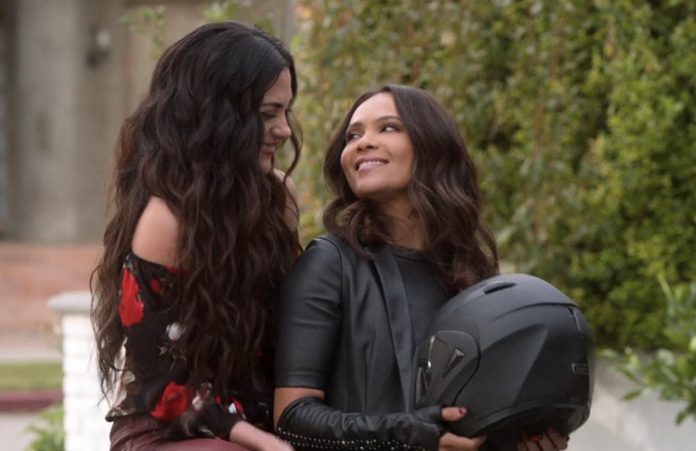 Season 5 of Lucifer is preparing for its soon premiere on the Netflix platform, but Maze’s actress, Lesley-Ann Brandt, has left a clue of a possible wedding in the new season between her character and Eve.

Several of the show’s stars have been sharing a sneak peek of their return to the stage as the team works within the new Covid guidelines to ensure there is a lot more devilish action in the way of Lucifer Morningstar (Tom Ellis) and company.

Especially after a selfie that Maze actress Lesley-Ann Brandt revealed on social media in a completely new black outfit.

But the behind-the-scenes shots weren’t done there, as alongside a full-length snapshot in the same outfit she shared, Brandt wrote the following:

“Always grateful to @neilhimself [Neil Gaiman] for creating it. Mazikeen of the Lilim “.

The revelation of her outfit on social networks has created hundreds of theories about the wedding that could occur in season 5 of Lucifer.

Recall that, earlier this week, Brandt was joined by Eve’s co-star Inbar Lavi for a short behind-the-scenes clip, and it seems a lot like Eve is wearing a white wedding dress, which could be suggesting a wedding in the new season.