Home Tech There may be meteors hitting the atmosphere at speeds close to the... 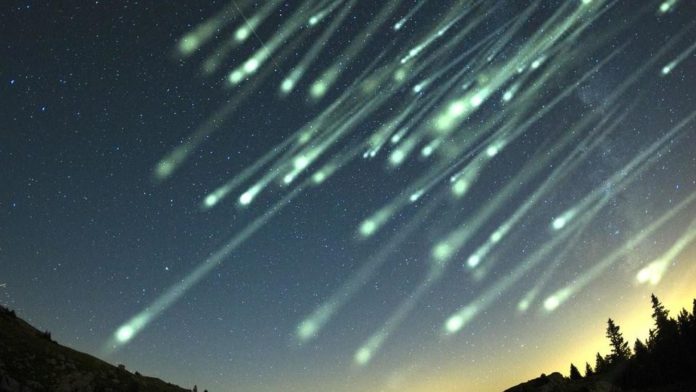 The world has been exposed to many pieces of stone from space throughout its history, spanning billions of years. While the sky stones sometimes hit the planet, sometimes it passed very close and dropped its ruins into the atmosphere.

When the meteorite is said to fall, many people think of structures like giant meteorites that first deplete the dinosaurs. In reality, a rock of that size rarely hits our planet, usually small stones fall on our planet.

Very small, very fast meteors
Harvard astronomers Amir Siraj and Prof. According to Abraham Loeb’s new study, the Earth’s atmosphere may be exposed to particles that are quite fast every year, but have sizes ranging from 1 mm to 10 cm. According to the researchers, these meteors have appeared after a supernova incident in a nearby area and may be extremely fast tracks. The speeds of the tracks go from a few thousand times the speed of sound to levels close to the speed of light.

Supernovas in the past affected the Earth
According to the findings, the researchers stated that heavy elements had fallen on Earth after at least one supernova explosion in the past. Supernova explosions also emit a significant amount of dust, but these parts cannot reach relativistic speeds.

Astronomers also announced that a ten thousandth of the diameter of the pieces thrown from supernova explosions is less than 1 mm in diameter. Particles of supernovae come to our planet at least once a month within the Milky Way Galaxy.

We can hardly observe whether small parts are approaching the speed of light, because the technology we have was not developed for such small targets. The speed of these particles can be 100 times higher than normally observed particles, which is not something our technology is trying to see.

Chasing particles that cannot be observed
Siraj and Loeb developed a hydrodynamic and radiative model for this study. Thus, hot plasma vortexes, which are caused by meteor transitions close to relativistic velocities, are revealed. Thus, the researchers guessed how the signals would emerge and determined what the astronomers should look at.

According to the researchers, these activities not only produce a loud sound that can be recorded with a microphone, but also reveal a visible radiation glow. Both effects occur in milliseconds.

The duo’s work has formed the basis for observing such small and high-speed parts. In new researches, the movements of these parts can be recorded in real terms by using microphones, radiation observations and infrared monitoring devices.

The Windows 11 update that AMD users have been waiting for...