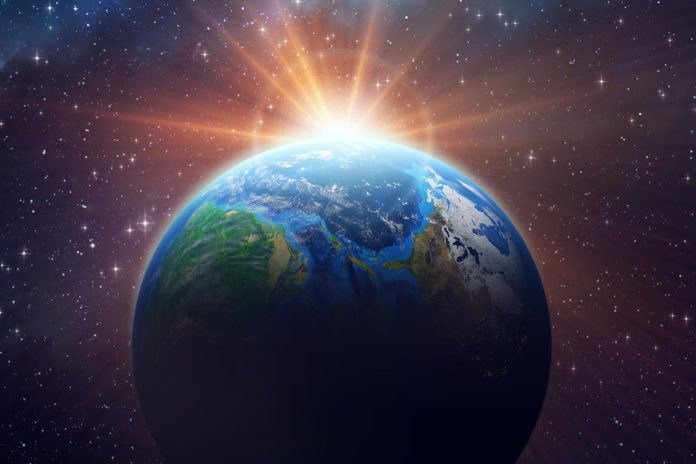 The analysis of cyclic changes in the light spectrum emitted by Proxima Centauri, the star closest to the Sun, points to the existence of a second planet around that star. The low-mass planet candidate travels about 1.5 astronomical units (about 225 million kilometers) from Proxima Centauri.

The data presented by Mario Damasso and colleagues from the National Institute of Astrophysics in Rome suggest that this candidate planet rotates every 5.2 years in orbit of Proxima Centauri, and the mass of the ‘Super World’ candidate’s mass is more than that of Uranus and Neptune. indicates that it may have a lower mass and a higher mass than that of the Earth.

Proxima Centauri’s orbiting ‘Super World’ sign:
If its existence is confirmed, this planet can give an idea of ​​how low mass planets form around low mass stars. It can also challenge models of how ‘Super Worlds’ were born. In other words, if we talk about ‘Giant Worlds’, it is different from our planet in terms of its physical mass due to its large mass.

A study was conducted on Proxima Centauri using the Atacama Large Millimeter / submillimeter Array (ALMA), previously a series of radio telescopes in the north of Chile. In the study, light spectrum signals were obtained that could belong to a second planet or originate from a neighboring galaxy.

To better understand whether the signal came from another planet orbiting the star, Mario Damasso and his colleagues analyzed the 17.5-year high-precision radial velocity series using an exoplanet sensing method that tracks the light spectrum of a star.

If this spectrum oscillates between red and blue, it means that the star is approaching and away from Earth at regular intervals; this is often known as the cycle resulting from the existence of an orbital body. The researchers think that the signal occurred during the 1900-day period, and this is unrelated to cyclic changes in the star’s magnetic field. However, the authors emphasize that more evidence is needed to confirm the results.

What Do We Know So Far About The Mysterious Brain Disease?

Why Do Some People Love Gasoline Smell?