Home Entertainment Max Verstappen: Netflix Made Lando Norris ‘Look Like A Bit Of A... 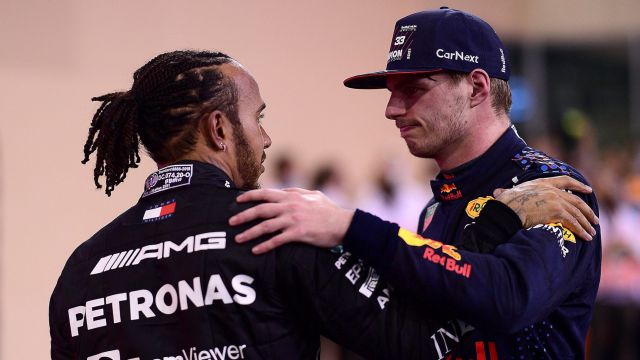 Max Verstappen breaks his silence and shares his first impressions of the fourth season of Drive to Survive, now available on Netflix. The recent Season 4 premiere of Drive to Survive is still kicking in the Paddock. During the round of interviews prior to the start of the weekend at the Jeddah circuit, Max Verstappen has broken his silence to share first impressions of him.

“I’ve seen a couple of episodes of the last one and I was surprised, suddenly I found myself talking there,” Verstappen begins. “And it’s probably stuff from 2018 or thereabouts that they’ve picked up and used again, about wrestling and what I like to do. But that is not correct. I can hear my voice was a bit different. And I have also realized that many times I was talking about things and they were [with the microphone] to collect a lot of statements.

The world champion points out that he will be “a little more careful” about the conversations he has between the garage and the hospitality. But the Dutchman did not want to miss the opportunity to share his rejection of the portrait that Drive to Survive makes of one of his teammates.

“What I don’t like either, and it’s not about me, was about Lando [Norris] and Daniel [Ricciardo], who I think are great people. They are truly great. And they’ve made Lando look like a bit of a jerk, which he’s not at all. I know Lando and I think a lot of people know him as a fun guy, a great person. And when you watch that episode you really think ‘Who is this? What’s going on?’” he concludes.

Recently Stefano Domenicali, CEO of F1, shared his intention to sit down with Netflix so that the series “does not move from reality”. “Otherwise there will be no place. It is an issue that we will solve together with the riders. We must ensure that a project that has generated so much attraction has a language that continues to attract, but without distorting the image and meaning of the sport that we live every day”, he said. You can read the full statements here.

Outlander: The curious theory of the ghost of Jamie Fraser and the festival of Samhain