Home Celebrity Max Richter: the brilliant composer behind soundtracks like ‘The Leftovers’ or ‘Ad... 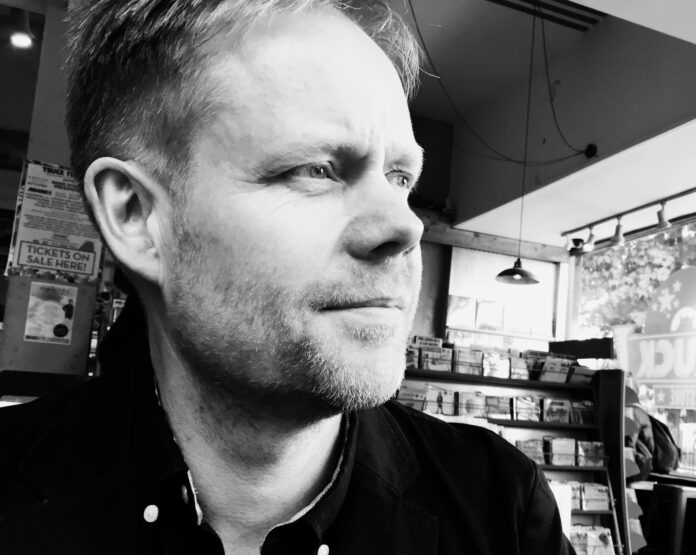 When speaking of soundtracks —cores—, whether they be cinematographic, television or belonging to the videogame world, it is easy for us to be almost unconsciously attracted by those great orchestral pieces that, at times, transcend action and image; The more epic, bombastic, and spectacular, the better.

Let him who is without sin cast the first stone. For my part, I will not deny my devotion to big names like Hans Zimmer or John Williams, Basil Poledouris’s masterful compositions for ‘Robocop’ or ‘Conan the Barbarian’ or the overwhelming BSO of ‘Mad Max: Fury on the road ‘by Junkie XL.

Reaching the soul through sound
My first contact with Max Richter was thanks to ‘Perfect Sense’, a wonderful romantic drama set during a peculiar epidemic, directed by David Mackenzie and starring Ewan McGregor and Eva Green. In it, the music, dominated by the stringed instruments – like the vast majority of his work – is not only an accompaniment, but also channels the emotion to make it tangible for the most receptive spectators.

From that moment, which dates back to 2011, I fell surrendered to an author who was difficult to narrow down a genre, but who could be included within post-minimalism. However, his classical training – he has a degree in musical composition from the Royal Academy of Music – and his experimental will invite him to get rid of all kinds of labels and to label him as unique.

Among his works outside the big and small screen stand out from his first three – and brilliant – solo albums ‘Memoryhouse’, ‘The Blue Notebooks’ and ‘Songs from Before’ to his exquisite work in ‘Infra’, a ballet Choreographed by Wayne McGregor and performed at the Royal Opera House with a strong electronic component.

To this, we should add oddities such as his great recompositions of Vivaldi’s ‘The Four Seasons’ in ‘Recomposed’ or ‘Sleep’, an eight and a half hour album made up of 31 compositions that combine piano, cello, viola, violin, organ , voice and electronic synthesizers, created with the intention of being heard while we sleep, and described by Richter as “music protests against the super industrialized, intense and mechanized way in which we live today”.

Wrapping series and feature films with magic
Focusing on his film career, several of his pieces have appeared in very varied feature films. To give a few examples, a mix of ‘In the Nature of Daylight’ could be heard on ‘Shutter Island’, opening and closing ‘The Arrival’ of Denis Villeneuve with his original cut; ‘Prometheus’ featured an excerpt from ‘Sarajevo’, and ‘November’ was part of the soundtrack for Terrence Malick’s ‘To the Wonder’.

Regarding original compositions for feature films, after appearing in titles like ‘Nadzieja’ or ‘Henry May Long’, Max Richter shot his popularity in 2008 thanks to the animated documentary ‘Waltz with Bashir’. Since then, films such as the fantastic ‘Womb’, ‘Disconnect’, ‘Lore’, ‘The Congress’, ‘Hostiles’ or ‘Ad Astra’ – his most recent film credit to date – have benefited from his scores.

In the cathodic medium, Damon Lindelof and Tom Perrotta’s series’ The Leftovers’ may be his most popular work, along with his participation in the ‘Nosedive’ chapter of the third season of ‘Black Mirror’, in ‘The Great Friend ‘by HBO and in’ Taboo ‘, the latest project by the prolific German-born British composer.

In all the selection of titles and albums compiled in these lines you can find a perfect excuse to discover an inimitable musician or to immerse ourselves again in the whirlwinds of sensitivity and melodic emotion arising from the mind of an artist with his own and recognizable style; quality that only great authors possess, regardless of the discipline they cultivate.

Now curl up, close your eyes, and melt away listening to this wonder. Or, failing that, watch the video and notice how the heart shrinks with the combination of ‘On the Nature of Daylight’ and the interpretation of Elisabeth Moss.

Everything You Need To Know About Kylie Jenner’s Jet