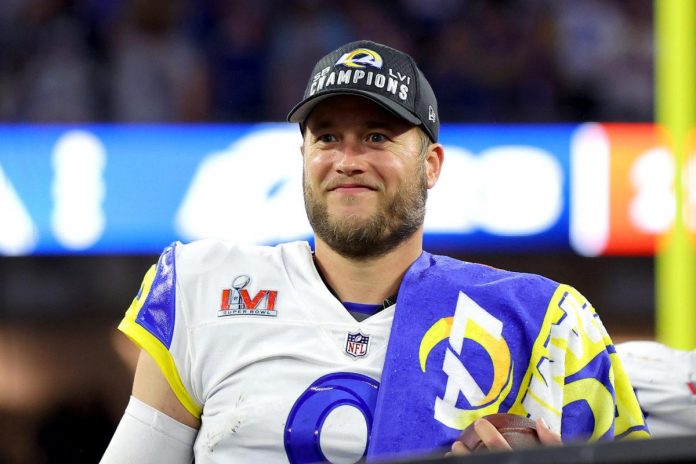 Having just won the Super Bowl, Matthew Stafford and the Los Angeles Rams had to operate under a silent bill during their home opener at SoFi Stadium on Thursday night.

Buffalo Bills fans performed for their team in a big way, which complicated the attack in Los Angeles because of the serious crowd noise.

When asked about this counteracting crowd noise after the game, Stafford gave a grim answer about the reality of home games at SoFi Stadium.

“No. I mean, we’ve been preparing for this. We were preparing to be at home again on a quiet account. But it wasn’t something we hadn’t done before,” he said.

Despite their team’s recent success, the Rams’ fan base doesn’t quite match others in the league. The franchise has yet to fully recoup the fan support after 20 years in St. Louis.

Los Angeles is also a city with residents and guests from all over the country, which means that a significant number of guests will come to every home game.

Stafford threw three interceptions en route to a 31-10 loss to the Bills in the season opener Thursday night despite starting the year at his home stadium.

The Rams will host the Atlanta Falcons for another home game in week two.