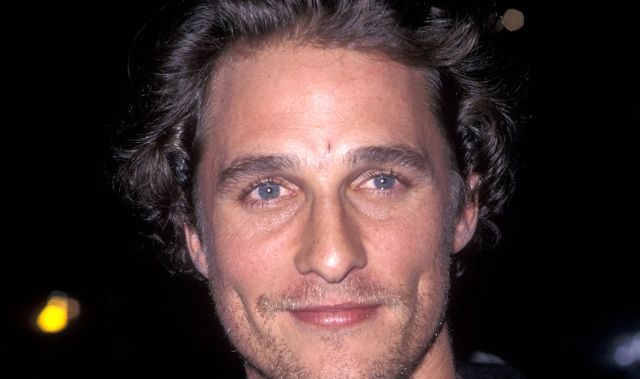 There are times when a movie shines by its stars. It is they who make the story perfect. There could not be a Vito Corleone without Marlon Brando or Breaking Bad without the Walter White of Bryan Cranston. However, it is tempting to imagine which actors and actresses would have gotten into the skin of those emblematic characters and to think if with them the films would have been better or worse. This is the case of Leonardo DiCaprio in Titanic, who almost lost the paper in favor of Matthew McConaughey.

Can you imagine the protagonist of True Detective being the king of the world? This is what was about to happen, as confessed by both McConaughey and James Cameron, the director, and actress Kate Winslet. “I got to audition with Kate Winslet and it went very well. So much so that when I went home I did it convinced that the role was for me. But it didn’t happen, they never offered it to me,” the actor explained.

James Cameron told about that when DiCaprio came to audition the whole team was around him, surprised. For his talent? For its beauty? It is not clear to us, but Cameron chose to stay with that young angelic-faced actor.

A contrary decision would have changed McConaughey’s career forever and would have saved him a lot of dubious quality papers in mediocre romantic comedies. At that time he had a very promising career and some had compared him to the new Paul Newman of Hollywood after working in Time to kill with Sandra Bullock. A ticket office like Titanic (which, remember, took 11 Oscar awards) would have opened the door to other more succulent projects.

With maturity McConaughey has achieved some of the best roles of his career, including the brilliant prominence of the HBO series True Detective, where he plays the martyred detective Rust Cohle. The actor also received an Oscar for his outstanding incarnation of AIDS sufferer Ron Woodroof at Dallas Buyers Club and has participated in notable projects such as Mud and The Wolf of Wall Street. In the end time puts things in their place.