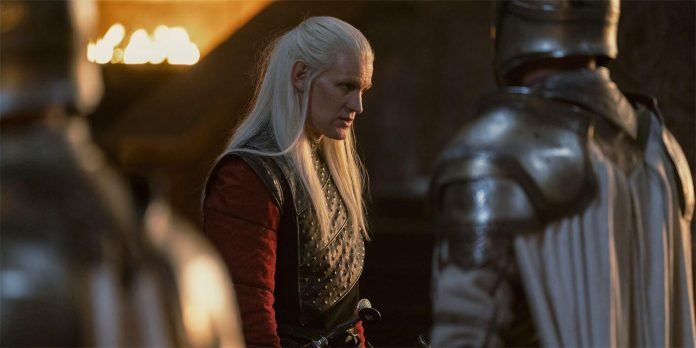 “House of the Dragon” lights up the world even before the premiere, which will take place on August 21, and fans of HBO’s “Game of Thrones” are looking forward to how the first spin-off will cope with the epic story. Based on the events described in George R. R. Martin’s novel “Fire and Blood”, the new series takes viewers back to the reign of House Targaryen and tells how a dispute over the Iron Throne leads to chaos and bloodshed.

Showrunners Ryan J. Condal and Miguel Sapochnik (who directs several episodes of the first season of House of the Dragon) have assembled an extremely talented cast to portray key members of the royal family and their allies. Matt Smith (Doctor Who, The Crown) plays Prince Damon Targaryen, the heir presumptive to King Viserys, whose relationship with his brother is strained due to his debauchery. Fabien Frankel (The Serpent) plays Ser Kriston Cole, a Dornish knight whose skill with a sword compensates for his common ancestry.

By topic: Which episodes of “Game of Thrones” should be reviewed before “House of the Dragon”

During a recent round table interview, Screen Rant and other media outlets had the opportunity to talk to Smith and Frankel about how they prepared for the first season of House of the Dragon mentally and physically, what is the loyalty of Prince Damon and Ser Kriston and what aspects of filming were the most uncomfortable for them.

Fabien, changing your character’s affections was one of the biggest twists in the book. Is this what you hope will be sown during the season?

Fabien Frankel: I can only talk about the first episode, [but] I think that changing addictions is a topic that is widespread in Game of Thrones and in books — and, of course, in our series the same thing. That’s what I was thinking, definitely.

In this first episode, he is true only to himself. Which I think is interesting. He’s one of the few characters who isn’t loyal to anyone, although I think Damon is kind of loyal to himself, too.

Screen Rant: Obviously Damon has a very conflicted relationship with all of his family members. But his relationship with Rainira is very interesting because they are in some way competing for a place. And yet he seems to have a weak spot—perhaps an inconvenient weak spot, in my opinion. Can you tell us about this dynamic?

Matt Smith: By all accounts! I think Damon has such an inner connection, biologically, physically and mentally, with his brother. In a way, Rainira inherited that, and these are the only two characters he really doesn’t give a damn about. The others? Maybe Misaria.

But I think it’s a bloodline with Damon. I think he has a really twisted sense of loyalty, and Rhaenyra and his brother King Viserys really feel it to the fullest.

How did the original series “Game of Thrones” serve as a way to inform about coming into this world, or did you avoid it altogether?

Fabien Frankel: We definitely didn’t escape it. We both watched the show; we love the show. And I think we are very lucky to join the TV dynasty. But our show is different in many ways. Times have changed, and television has changed a lot. Technologically, and also you have directors who have never shot television before, and now they are making television. Alfonso Cuaron does a show for Apple, or David Fincher did a TV show, and I don’t think that would have happened before. But we definitely didn’t stay away from it, no.

Matt Smith: Of course not. I think it’s been a great source of entertainment over the years. I watched it when it came out, Game of Thrones, and it was a good reference point. But I revised it with our show in mind. I think our show is like an original world and an original time — and we’re trying to do something original with it, using hits [and] themes that I suppose exist in something like Game of Thrones.

Fabien Frankel: I watched it in a panic the night before filming started. Yeah, I just panicked. I thought, “Damn, am I going to…? I know what kind of world I’m in, or I need to make something out of it.”

I don’t really know. No one likes to act in sex scenes.