Home Entertainment Matt Helders of Arctic Monkeys on Tour With The Hives: “They’re so... 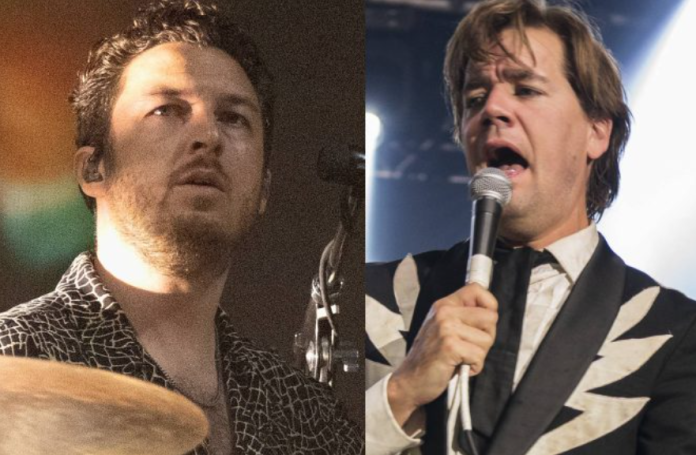 Arctic Monkeys drummer Matt Helders has revealed what it means for the band to invite The Hives to tour next year.

The band has just returned from a tour of South America and the remainder of their stadium world tour, which will take up most of 2023. Earlier today they added concerts in Asia. The Hives will support them in the UK and Ireland along with The Mysterines, as well as in Italy.

Helders spoke to NME about their recent album “The Car”, which was named our album of 2022, and talked about what will happen after their performances in the UK. “The Hives were definitely one of the bands we all listened to when we first started our band,” he said. “We have already played several concerts with them all over the world, and they are always so fun to watch. It’s always such a nice feeling when you’re excited to see a band performing in front of you.”

Helders also talked about what it was like to play new songs from “The Car” live. “Towards the end of the tour we started doing ‘Sculptures Of Everything Goes’, which was a lot of fun,” he said. “After we finished recording the song, we thought, ‘Well, how are we going to play it live?’. It’s quite difficult to perform, but [the live version] sounds just like the song on the record, and it’s a really nice feeling.”

He also said that “Hello You” “could be a lot of fun” to include in the setlist, and “Jetskis On The Moat” “may take a little time” at future concerts.

NME described “The Car” when it was voted Album of the Year this year as “an honest, breathtaking masterpiece bearing the stamp of boundless curiosity of its creators.” Two of his songs were included in the list of the best songs of 2022 — “Body Paint” and “There’d Better Be A Mirrorball” took 24th and 5th places, respectively.

The Arctic Monkeys tour will take place in the UK and Ireland in May and North America in September, and in Europe they will arrive in late April, early May and July.