Home Sport Matt Hardy and Randy Orton will fight in a fight without disqualification... 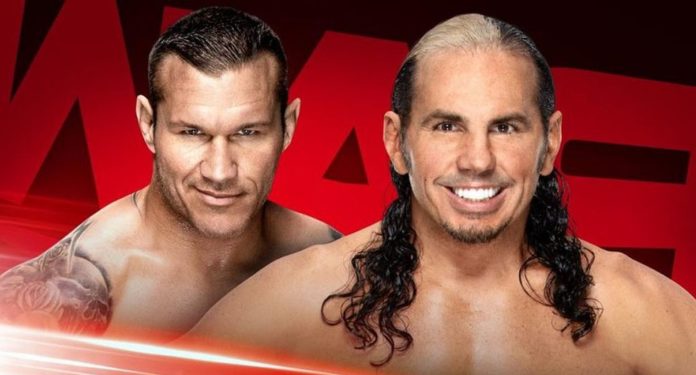 Will they fix their problems? Matt Hardy and Randy Orton will fight in a fight without disqualification in the next Raw. After Orton cruelly attacks Matt in the last red show, the oldest of the Hardy will have a chance to avenge himself.

The WWE has announced that next Monday Night Raw, which will be held on Monday 17 February, Matt Hardy will face Randy Orton in a “No Holds Barred match ‘. That is, a fight without disqualification. Thus, accounts will be settled for what happened at the beginning of the week.

And is that in the previous red show, the ‘Viper’ came out to explain why he had attacked Edge . At that moment, Matt appeared to recriminate him for what he had done. This, it seems, did not like Orton , who applied an RKO to the older Hardy. Then, he hit his head with a chair.

“This last Monday at Raw, Randy Orton subjected Matt Hardy to the same brutal attack that caused Edge to be taken off the show on a stretcher. Now, Hardy is looking for revenge,” says the announcement that he spread the McMahon Empire on his official channels .

Randy’s attack on Matt seemed the end of the latter in WWE , because after what happened he wrote the word ‘Goodbye’ on his Twitter account. His contract also ends this March 1st. However, it seems that the company will use it until the last day.