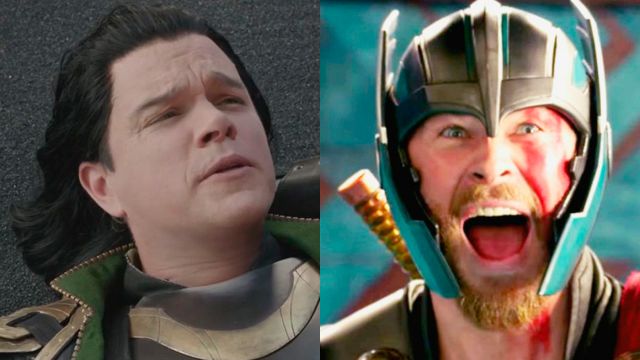 The famous Hollywood actor joins the spectacular cast of the new installment of Thor in the UCM after his funny cameo as Loki in Thor: Ragnarok.

Recently, the media echoed the presence of actor Matt Damon in Australia, assuming that his arrival was to join the filming of Thor: Love and Thunder, the new installment of the God of Thunder whose production will start shortly with names such as Chris Hemsworth, Natalie Portman, Christian Bale, Chris Pratt or Tessa Thompson, among others. Now, the Deadline medium confirms that Matt Damon joins the cast of the new Taika Waititi film in a role for now unknown.

Matt Damon returns after his cameo as Loki

So much so, that even an official media has announced that Matt Damon joins the cast of Thor: Love and Thunder, information that comes through Australian Prime Minister Scott Morrison himself: “Hollywood superstar Matt Damon joins our talent location to shoot a very important movie in New South Wales. It is a great victory that creates thousands of jobs for the local population ”, referring to the location of the filming of the new Marvel Studios film.

In addition, the Australian media affirm that Matt Damon will remain in the country “for the next few months”, following the words of the actor himself: “The Australian film crews are recognized worldwide for their professionalism and it is a pleasure to work with them, so the 14 days of quarantine will be worth it ”, confirms the actor when undergoing house confinement upon arrival due to the global coronavirus crisis.

Recall that Matt Damon has already appeared in the MCU through a brief but funny cameo as Loki in a play in the movie Thor: Ragnarok, also directed by Taika Waititi. What role will Matt Damon play in the MCU this time around? Will he be the same Asgardian with acting skills or will he play a totally different role? Be that as it may, the idea of ​​spending several months in production suggests something more than just a cameo.

Microsoft Edge will let you switch profiles while browsing