Home Entertainment Matt Cardona is a fan of the ongoing show Elias & Ezekiel... 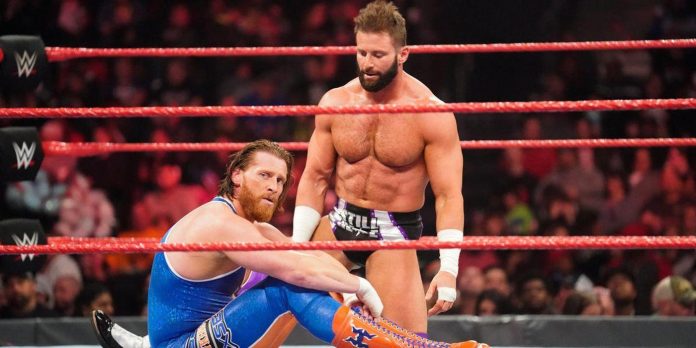 Matt Cardona, who officially wrestled in WWE under the name Zack Ryder, knows a thing or two about amazing midcard programs and is apparently a fan of the ongoing Elias and Ezekiel angle. This was one of the most central feuds on Monday Night Raw, as Kevin Owens tries to get Ezekiel to admit that he is the same person as Elias.

On paper, it doesn’t look like something that should work. And probably shouldn’t, but Owens and Ezekiel are 100 percent passionate about it and having fun, so it’s hard for fans not to join the ride. On the June 20 edition of Raw, Elias returned to remind viewers that WWE means “Walking with Elias” and also made his first on-screen appearance with his “brother” Ezekiel. This infuriated Owens, and the film crew did a fantastic job of making it all work with some camera tricks and presumably one or two green screens.

Sometimes live viewers can turn off comedy snippets, but throughout the segment you can hear the crowd at Pinnacle Bank Arena laughing loudly. Obviously, they were not alone, as Cardona, from his @TheMattCardona account, quotes a WWE video on Twitter about the meeting between Elias and Ezekiel backstage, writing about it as follows: “This is one of the greatest things that happens in professional wrestling.”

It’s always interesting to know what performers on the independent scene think about the ongoing WWE product. Someone like Cardona may be upset with his time spent in the company, but instead prefers to enjoy Raw as it is. Things with Ezekiel, Elias and Owens seem to be getting better every week, and now it’s teased that these two have another brother named Elrod. On the June 27 episode of Monday Night Raw, Owens will fight one of these three in a mysterious duel.

Elrod may or may not appear on Raw, but it’s irreverent and silly sports entertainment at its best. You can tell Ezekiel has a hard time holding back his laughter when Owens goes crazy about being the same person as Elias, and both performers give themselves completely to these segments. They had a lot of time to work on Monday evenings when Roman Raines was struggling a little and Cody Rhodes was sick, and they certainly make the most of it. It’s good that Cardona called it the way he sees it and didn’t insist on taking WWE and professional wrestling so seriously all the time.

The series and premiere movies on Netflix