Home Entertainment Matrix: every member of the crew of the Nebuchadnezzar 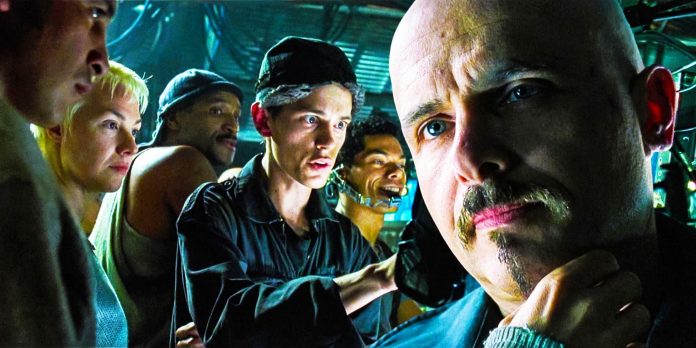 In the Matrix, Nebuchadnezzar and his team had already made a name for themselves before Neo arrived. Throughout the first three films of The Matrix, especially in the first part, viewers will learn about both the simulation of the Matrix and the real world through the eyes of Neo. Neo’s ignorance of the two worlds in which he lives served as an excellent plot move, as it allowed the story to properly represent the elements, places and characters that the Matrix films would follow. However, in addition to the Neo story, the Nebuchadnezzar team had its own life and interesting backstories.

Initially, Neo doesn’t know who he can trust. The situation begins to change after Agent Smith interrogates Neo, prompting “Thomas Anderson” to be more interested in what Morpheus and those who worked for the legendary hacker are saying. Before Neo woke up in the real world, he had already met such characters as Apok, Switch and Trinity, the last of which would change Neo’s life forever. After taking the red pill and waking up in his tank, Neo was saved by Nebuchadnezzar — a moment that marks a change in the tone of the “Matrix” as it shows where the real battle was fought.

The action of the first three “Matrix” films takes place mainly in three settings. One of them is the Matrix itself, a simulation of what the real world looked like before the war of people against machines. The other is Zion, the last surviving human city. And then there is Nebuchadnezzar, the ship of Morpheus, on which all the scenes of the real world take place during the “Matrix”. Here is a breakdown of each member of Nebuchadnezzar’s crew.

For Neo and the crew of the Nebuchadnezzar, Morpheus was a respected captain and a trusted friend. For the rest of Zion, Morpheus was one of the few leaders who still firmly believed in the prophecy of the One. Morpheus’ hope that one day he would find the One was the driving force that guided the character and his ship for many years. While Morpheus was released from the Matrix at a young age, it is interesting how he mentions to Neo that he has been searching for the Chosen One all his life. In a sense, this line suggests that Morpheus considered himself alive only after he woke up and found out the truth. This explains a lot about Morpheus from The Matrix as a character and as a captain. In addition to his leadership role, Morpheus was also a skilled hacker from a young age, and this ability quickly made him famous both among machines and among other hackers such as Neo. Curiously, Morpheus’ name was never revealed before he was released from the Matrix.

Trinity was the first crew member hired by Morpheus for the Nebuchadnezzar. As shown in The Matrix and Animatrix, Trinity is usually the first to make contact inside the Matrix with the person Morpheus wants to free. Trinity is also a very skilled hacker and has demonstrated incredible abilities inside the Matrix throughout the first three films. Besides being Morpheus’ right-hand man and the best fighter of the original crew, Trinity was also associated with the prophecy of the One. At the end of The Matrix, Trinity informs Neo that the Oracle told her she would fall in love with the Chosen One—the moment that made Neo the savior he was supposed to be. Interestingly, in The Matrix Resurrections, Neo and Trinity are treated as “Chosen Ones”, and the duo reaches their full strength only when they are together.

Before Cypher betrayed the Nebuchadnezzar team, he was very important to the Morpheus team. Cypher was an operator both inside and outside the Matrix. In the simulation, he was shown how he controlled the equipment that located Neo in the real world. Returning to the real world, Cypher was shown watching the Matrix simulation on several computer screens, which suggests that the character is well acquainted with the Matrix code. Cypher clearly didn’t like the real world, to the point that he was ready to betray Morpheus and everyone else. Curiously, Cypher suggests that Morpheus once considered himself the Chosen One, as he tells Trinity that he does not remember her treating him the way she treats Neo.

Like Cypher, Apoc was responsible for the operation of the tracking program used to accurately determine the location of people who took the red pill. There is little to see from the Apoc in The Matrix, as the character was killed in the middle of the film when Cypher disconnected his mind from the Matrix. In an early draft of the Matrix, Apok wrote the virus “Four Horsemen”, which suggests that his name may be a reference to the word “Apocalypse”.

Like Apok, Switch was killed in the Matrix after Cypher disconnected him from the simulation.

In what order are the Batman movies watched?