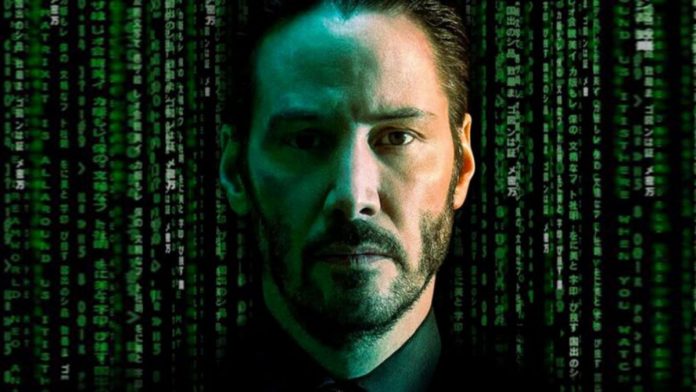 Matrix 4: Warner confirms during a CinemaCon 2021 panel the official name of the long-awaited film from Neo, Trinity and company. In theaters in December.Warner Bros. Pictures announced during one of the panels at CinemaCon 2021 that Matrix 4 will finally be called The Matrix: Resurrections. The long-awaited return of Neo (Keanu Reeves), Trinity (Carrie-Anne Moss) and the rest of the characters from the original trilogy will return to the big screen this December 22; one of the most anticipated cinematographic appointments of a year marked by the delays of COVID-19.

Those attending the event have been able to see a trailer behind closed doors; It is not public, at least not yet, in the absence of being able to be filtered on the Internet, as happened with Spider-Man: No Way Home, which hours later publicly showed its first and highly anticipated official trailer.

Details for The Matrix: Resurrections; this is what attendees have seen in the first trailer

As explained in The Wollywood Reporter, the trailer begins with Thomas Anderson (Keanu Reeves) in a therapy session where he tells his therapist (Neil Patrick Harris) that he has had dreams that were not just dreams. “Am I crazy?” He says. He knows that there is something wrong, but he does not remember what the Matrix is. Later in the trailer, Anderson will meet a woman (Carrie-Anne Moss) in a coffee shop, they will shake hands … but they will not remember each other. The protagonist, played by Keanu Reeves, spends his days taking blue pills prescribed by his doctor; he wonders why everyone uses phones while he goes up in an elevator.

Finally, Anderson meets a man (Yahya Abdul-Mateen II) who is reminiscent of Morpheus, the character played by Laurence Fishburne in the original trilogy. This man will give Anderson a red pill, and soon we will see sequences of Thomas again with powers. He returns to the Matrix.

The Matrix: Resurrections is being directed by Lana Wachowski, who was in charge of writing and directing with her sister Lilly Wachowski the original installments. Keanu Reeves and Carrie-Anne Moss will be featured in the cast, along with Jada Pinkett Smith as Niobe. Other prominent names are Christina Ricci, Yahya Abdul-Mateen II, Jessica Henwick, Neil Patrick Harris, Priyanka Chopra, and Jonathan Groff.