Home Science Mathematics Indicates Those Who Trapped Corona Virus in Wuhan Can Be 19... 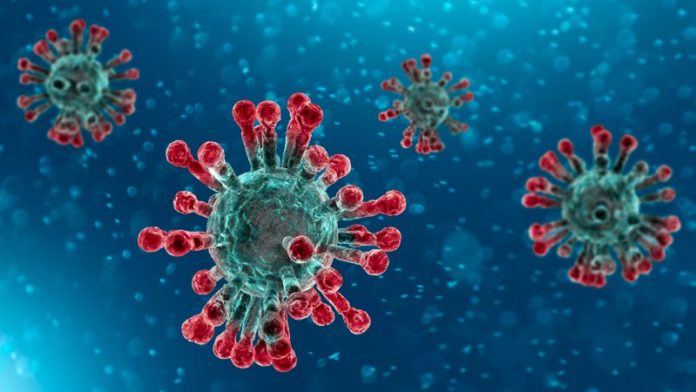 Scientists who continue their studies in the UK have done a new research on the Corona virus. This study, conducted on people from China and not from China, reveals that the number of people infected in Wuhan is more than the official results.

Corona virus, which has been occupying the agenda of the world for a while, has cost 1.116 lives as of today. Although the Chinese government is trying to take various precautions and save the infected, the studies are inadequate and the balance in the Corona virus is getting more and more heavy day by day.

Now, scientists who have taken a different approach to Corona virus have achieved an interesting result. Experts say there are actually more cases in Wuhan city with their research, but even the Chinese administration may be unaware of this situation. This research reveals that the Corona virus poses an even greater risk than expected.

Scientists who continue their studies at Imperial College, a university in London, the capital of England, conducted research on people from China, not from China, to estimate cases. In this context, scientists who examined 750 people who returned to their countries from Wuhan recently made an analysis on these people. Mathematics revealed that the Corona virus has a much more terrible size.

Before going into the details of the research, it is necessary to talk a little about the situation in Wuhan. The city has already been quarantined for some time. All life in the city has stopped and the stock of many product varieties, including food, is almost exhausted. Masks and saliva sets are at the forefront of products whose stock status is critical or depleted. The Chinese say buying a saliva test in Wuhan is equivalent to winning a lottery.

According to scientists, the situation that Wuhan is in causes him not to stand in front of the correct figures. Therefore, scientists who conducted research outside of China conducted studies on people who left Wuhan and went to Japan and Germany between 29 January and 1 February. Studies have revealed that 10 out of 750 people are infected with Corona virus.

Scientists applied the numbers obtained from people who went out of China to the Wuhan population. Because this virus spread at great speed, it showed that it would be correct to apply the obtained data to the population. If you wish, let’s move on to mathematical operations that show that the situation in Wuhan may have reached much more critical levels.

According to the researchers, 220 out of every 100 thousand residents in Wuhan city were infected while the dates showed January 31. Considering Wuhan’s population is 11 million, it is stated that there should be 24 thousand cases on January 31. However, officials in China announced that the number of cases on February 3 was 1,242. So there was about 19 times the difference. These data considered the effects of the Corona virus over the 14-day period.

Scientists think that a virus can be detected within a week if all systems are sufficient. Scientists who added this idea to their research state that this time there should be 300 infected cases for 100 thousand people on the same date. In such a case, there is a 26-fold difference between the figures announced and the actual data.

The researchers, who made explanations on the subject, say that it is not possible for all people in Wuhan to pass the Corona virus test. However, scientists who explain that this situation does not mean anything against mathematics, say that the Chinese administration should take more detailed measures because this virus can put a city at risk of extinction.

We would like to share a small detail about the research in question with you. We provide the death numbers we share with you from a website created for the Corona virus. The website, which is updated periodically, reveals that 45,191 incidents have been confirmed for now. If we consider the research in the UK, we can clearly say that the number of infected individuals is now many times greater than the approved number.

Largest Known Hole Detected On The North Pole Side Of The...