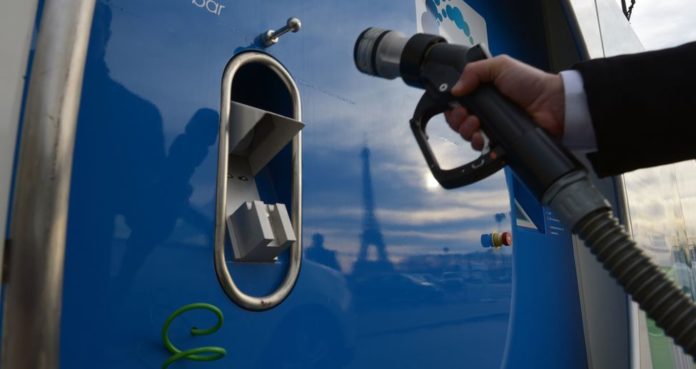 Scientists from the USA have developed a material that will radically change the fuel tank systems of hydrogen powered vehicles. To store gas in fuel tanks produced with the developed material, much lower pressure will be needed.

The amount of carbon dioxide emitted by fossil fuels into the atmosphere continues to accelerate climate change. In a study conducted in the USA in 2017, it was determined that the total carbon dioxide emissions emitted from cars, trucks, planes and trains were more than power plants.

In order to reduce carbon emissions, the vehicles have been trying to increase the orientation towards electric and hydrogen powered vehicles for a long time. Scientists therefore continue to focus on the development of these tools.

Although hydrogen powered vehicles are harmless to the environment, they also have some disadvantages. The mass of the gas used in these vehicles is quite low. An 11,000-liter fuel tank is needed to store gas that will move a hydrogen-powered vehicle for more than 100 km.

To overcome this problem, gas is stored in the fuel tank at a high pressure of around 700 bar. In this way, hydrogen powered vehicles can carry 4-5 kg ​​of gas and can travel nearly 500 km with a tank of gas.

The pressure in the fuel tanks of hydrogen powered vehicles is almost 300 times the pressure in a standard car tire. Yes, fuel tanks that can withstand this pressure have been developed, but the cost of these tanks is quite high.

See Also
What is this near perfect ultraviolet arc in the Big Dipper?

The material named NU-1501, which has many pores defined as metal-organic structure, was developed from organic molecules and metal ions that come together to form multi-crystalline and porous frames.

Prof.Dr. from Northwestern University leading the research. Omar Farha explained that the new material has a large number of voids, such as a bath sponge, and the voids are quite regular.

Professor “We do the same thing in this material: we use pressure to store and release gas molecules,” said Dr. Omar Farha, saying that the sponges used in cleaning are used after wetting, and once they are wetted, they continue to be used.

The main ability of the new structure is that potentially hydrogen and other gases can be stored at much lower pressures without the need for an enormous tank. Farha said the metal-organic structure can store high amounts of hydrogen and methane and use a lower pressure than existing hydrogen fuel tanks.

The Design of Ethereum (ETH) 2.0 Is Clear