Home Entertainment Masters Of The Universe: Revelation Presents Its Trailer In The Rhythm Of... 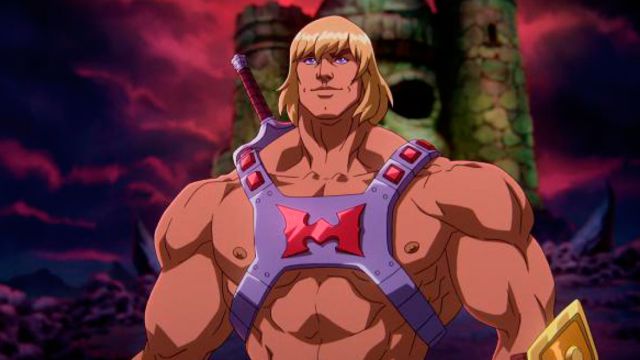 Masters Of The Universe: New Masters of the Universe Animated Series Features Vibrant Video Trailer to Bonnie Tyler’s Holding Out For A Hero; premiere in July. Netflix has presented the final trailer of its new and long-awaited adaptation in the form of an animated series of the Mattel Masters of the Universe franchise, all set to the rhythm of the famous eighties song ‘Holding Out For A Hero’ by Bonnie Tyler. Thus, Masters of the Universe: Revelation, the sequel to the original animated series from the 1980s, follows the adventures of He-Man, Skeletor and company through a new vision of Eternia by director, screenwriter and actor Kevin Smith. Its premiere is scheduled for July 23, 2021.

Thus, the series will offer fans a first batch of five episodes in which Teela will embark on a new adventure to try to find out who has stolen the Sword of Power and thus prevent the end of Eternia and the entire universe. And the trailer cannot make its intention clearer, which is none other than maintaining the very personal style of the original series while respecting the designs of the characters and their world, while enhancing its staging with a high level of animation.

Kevin Smith is primarily responsible for the return of Masters of the Universe along with animation studio Powerhouse Animated Studios, who have already worked on Netflix’s Castlevania series. All this with a cast of voices in their original version more than striking with Mark Hamill as Skeletor, Chris Wood as He-Man, Sarah Michelle Gellar as Teela, Alicia Silverstone as Queen Marlena, Kevin Conroy as Mer-Man, Lena Headey as Evil-Lyn, Alan Oppenheimer (the original Skeletor) as Moss Man, Liam Cunningham as Man-At-Arms, and Griffin Newman as Orc.

“I watched the entire TV series growing up, it was everywhere in the 80s. These characters started out as toys and ended up becoming part of international popular culture. Much of this series has been made possible by the love and affection for this world of the production team and the franchise fandom. If we have had a first-class voice cast, it is because they wanted to be part of this world. Many of us were touched by those stories and characters early in our lives, and we are so happy to return to Eternia. The series explores destiny in a refreshing way. He talks about reconciliation and about secrets, betrayal, trust, acceptance, love and, ultimately, loss, ”says Kevin Smith of his new series.

Masters of the Universe: Revelation premieres on Netflix on July 23, 2021.

What Is And How Does GeForce Now Work? See The Differences...