Home Entertainment Masters Of The Universe: Netflix Already Has An Actor For He-Man In... 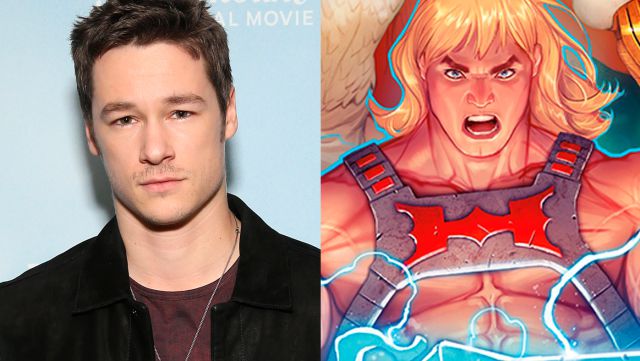 Masters Of The Universe: The Masters of the Universe live-action movie project confirms actor Kyle Allen to replace the previous chosen one, Noah Centineo. The Masters of the Universe live-action movie that has been in development for some time has a new lead actor in the role of He-Man. So much so, that the production now in the hands of Netflix, has confirmed the actor Kyle Allen as the new Prince Adam, replacing the hitherto chosen Noah Centineo by Sony Pictures and Mattel Films. This is how The Hollywood Reporter picks it up, announcing that the interpreter of West Side Story is the one chosen to be “the most powerful man in the universe.”

And it is that after the disagreement between Sony Pictures and Mattel Films on the production of a live action film of Masters of the Universe, the departure of the actor Noah Centineo from the role of He-Man, an interpreter who recently participated in the film Black Adam, was added from DC that will be released in theaters this year. Finally, Netflix has picked up the baton to carry out the new film adaptation, also confirming a new protagonist, Kyle Allen, an actor who has recently participated in the new version of West Side Story and who has had other prominent roles in productions such as The map of the perfect little things, For Life or the American Horror Story series.

In addition, from The Hollywood Reporter they assure that filming will start this summer under the direction of Nee Brothers (The Lost City) and a script co-written with David Callaham (Shang-Chi and the Legend of the Ten Rings). Mattel Films will supervise a production that will be added to the Netflix universe based on such a popular franchise; and it is that the platform has been betting heavily on Masters of the Universe for some time, as evidenced by the animated series Revelation, a new version signed by Kevin Smith that tells us about the adventures of Teela and company.