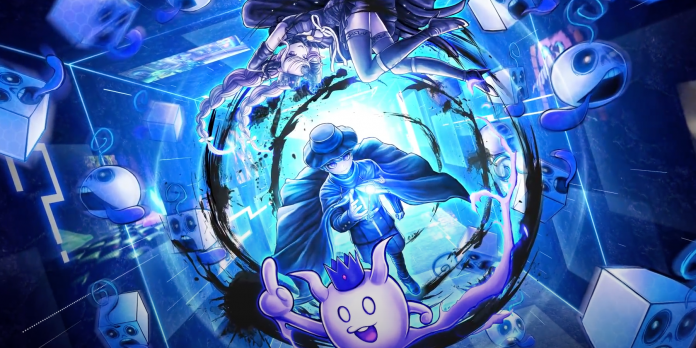 The creative team behind the Danganronpa video game series is once again working on a brand new video game called Master Detective Archives: Rain Code. The new game was announced during the recent Nintendo Direct on September 13, where a new trailer showing the game was presented in the line of announcements.

Master Detective Archives: Rain Code is a mysterious game in the genre of dark fantasy, which is being developed jointly by Spike Chunsoft and Too Kyo Games, and the former also publishes it. The game follows new characters in a new setting that players can experience. The action of Master Detective Archives: Rain Code takes place in the city of endless rains, which is described as a “metropolis controlled by corporations” with many unsolved cases being investigated by chief detectives with their unique abilities coming from all over the world.

The game was originally called Enigma Archives: Rain Code, but it was eventually renamed to its current name. The new trailer talks about the basics of the game, as well as demonstrates the main gameplay elements that will be presented. Master Detective Archives: Rain Code invites players to take on the role of Yuma, an amnesiac trainee detective who investigates cases with a cheerful spirit that haunts him named Shinigami. Together, the duo investigates various cases in the constantly raining city.

In the game, players will be able to explore the fully three-dimensional environment of the city with Yuma and Shinigami. The setting of Master Detective Archives: Rain Code is inspired by the works of Tim Burton, which should help distinguish it from the Danganronpa series. Players will be able to investigate evidence, collect evidence and listen to witness testimony while conducting their investigations in the game. When the players are ready, shinigami will open a portal to a mysterious supernatural realm called the Mysterious Labyrinth.

According to the trailer, a mysterious maze links the crime scene they are investigating to the truth. The video gives a brief overview of the gameplay elements that Mystery Labyrinth adds to the game. As soon as Yuma and Shinigami find themselves in the Maze, the mysteries surrounding the case they are working on materialize into real obstacles and traps. Overcoming these obstacles will allow players to get closer to the truth, but the danger does not end there.

Enemies called Mysterious Phantoms will appear and will do everything possible to hinder Yuma’s progress in each case. Players will need to avoid their attacks of lies and contradictions and make their way to the truth. Master Detective Archives: Rain Code is currently scheduled to be released sometime in the spring of 2023 for the Nintendo Switch, and players can add the game to their wish list right now in the Nintendo eShop.

Master Detective Archives: Rain Code will be released in spring 2023 for the Nintendo Switch.