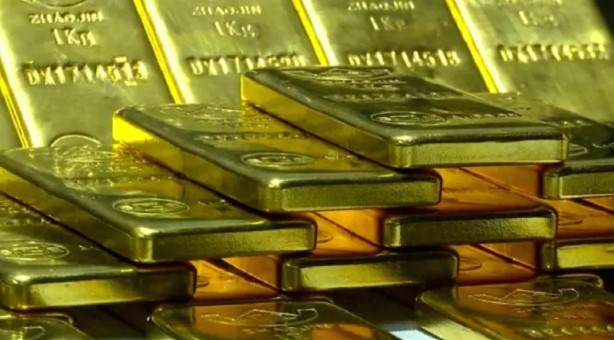 The gold market remains extremely volatile as traders and investors continue to react to Russia’s continued invasion of Ukraine.

“Yellow metal may drop further once the situation in Ukraine stabilizes”

While gold is seeing strong safe-haven demand due to the conflict in eastern Ukraine, European precious metals firm Heraeus says it’s better for investors to focus on interest rates and rising consumer prices.

In a report released Monday, analysts at Heraeus note that while gold prices may rise higher as a safe-haven asset to hedge against geopolitical risk, these gains are not sustainable. The European precious metals company draws attention to the recent conflict in Ukraine, with Russia’s annexation of the Crimea region in 2014, and makes the following assessment:

The price rose as tensions rose, but fell after the annexation took place. There is still uncertainty about how long the crisis will last, which could support the gold price for a while. However, once the situation in Ukraine stabilizes, the gold price may drop further.

Looking beyond the ongoing war in Eastern Europe, analysts at Heraeus underline that gold still faces strong headwinds as the Federal Reserve tries to tighten interest rates to combat rising inflation. While US central banks are expected to kick off the new tightening cycle on March 16, analysts at Heraeus say the overall environment remains positive for the precious metal.

Despite the Federal Reserve’s plan to raise interest rates, the European firm thinks that rising inflation will keep real rates in negative territory and explains the issue as follows:

Rising energy prices have contributed to higher headline inflation, and year-over-year gains may be smaller as 2022 progresses. The yellow metal looks undervalued compared to real interest rates being quite low. This could support a higher gold price even without the safe-haven support stemming from geopolitical tensions.

The cryptocurrency market is falling again: Bitcoin (BTC) is falling to...