Home Crypto Master Analyst: These 4 Altcoins Could Be Big in 2022! 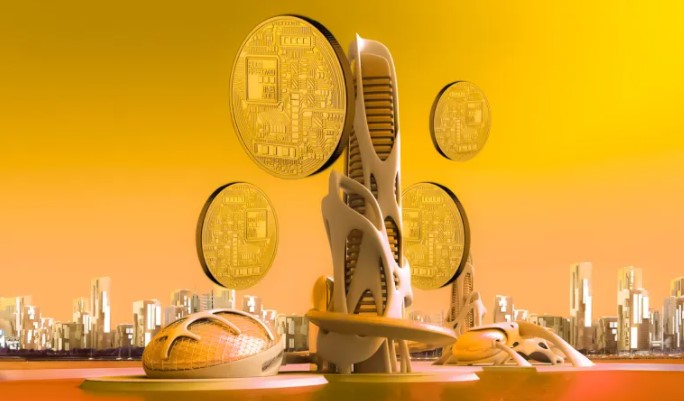 According to Lark Davis, a cryptocurrency and equity investor, outside of the top 20, there are still altcoin projects that offer excellent potential for early investors. Lark Davis tracks farming opportunities on many of these blockchains, so he sees the potential to help people make a lot of money with passive income.

Fantom is a directed Directed Acyclic Graph (DAG) smart contract platform that provides DeFi services to developers using its bespoke consensus algorithm. According to the analyst, Phantom still has a lot of room to move forward and great farming opportunities. An Ethereum-compatible Blockchain with thousands of highly scalable transactions per second with near-instant transfer.

It also has native Phantom apps such as SpookySwap that are appealing to the wider audience, and some apps for lending and borrowing. The analyst states that more and more major ecosystem development funds are joining Fantom, and he says this helps encourage users and developers to enter, create and use the Fantom ecosystem. The analyst makes the following assessment:

It will be a lot of money to invest online, so you can see the total value locked in Phantom has definitely increased over the past month. Therefore, Fantom is the #1 Blockchain to consider.

Elrond is a Blockchain protocol that aims to offer extremely high transaction speeds using sharding. The project describes itself as a technology ecosystem for the new internet that includes fintech, decentralized finance and the Internet of Things.

“Elrond has incredible farming opportunities. Saying that there are crazy earnings for traders using the Mayar exchange, the UniSwap of the Elrond ecosystem, the analyst makes the following predictions for the altcoin:

In 2022, we will see many interesting things coming to the Elrond Blockchain. So, Elrond is the number two cryptocurrency we’re keeping in mind for 2022.

According to the analyst, the private parts are important when you realize that in the crypto space that thing isn’t all that special. As such, the analyst says it helps unlock things like privacy features, private lending, custom automated market makers, which can add a lot of value to the crypto space. Lark Davis explains:

They also work on data tokenization and have very high processing speed, scalability and a very powerful architecture that uses what they call ParaTime Scaling for large workloads.

Moonbeam is an Ethereum compatible smart contract para-chain on Polkadot. Moonbeam makes it easy to use popular Ethereum developer tools to build or redistribute Solidity projects in a Substrate-based environment.

Moonbeam became the first altcoin to be marketed on top of Polkadot (DOT). According to the analyst, all the great Ethereum applications can come to Moonbeam. It also has native apps like Demodyfi, a decentralized exchange on Moonbeam. This is why the analyst says we will see the total value locked into the blockchain start to rise. The analyst explains his views on the altcoin as follows:

I’m pretty optimistic about Moonbeam and the entire poker ecosystem. I feel this is the end of the road to the broader Polkadot ecosystem and we will see many great apps integrating with Moonbeam. So I’m definitely keeping an eye on that for the rest of 2022.

Transforming Finance: DeFi! Do not lag behind the future!