Home Entertainment Mass Effect: Legendary Edition Will Require Between 80 and 100 GB to... 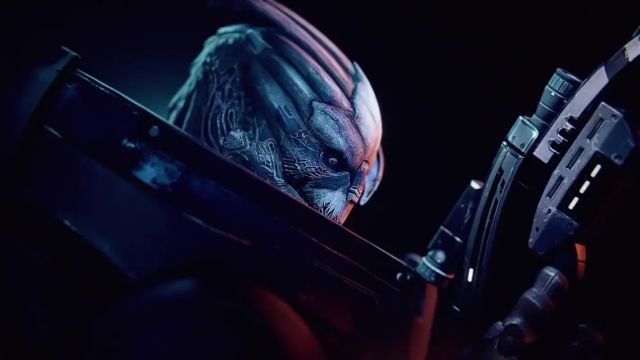 Mass Effect: Legendary Edition: The remastered trilogy of Bioware and Electronic Arts works will demand a lot of free space due to the presence of three games in the collection.Mass Effect: Legendary Edition will arrive this May 14th in stores around the world for PS4, Xbox One and PC with between 80 and 100 GB of space necessary for storage. The preload of the video game will soon be available to everyone and, as different users have begun to share through the social network Twitter, this long-awaited collection will demand 84 GB of weight for the “Base Game” of the collection; but the Day 1 patch will be a necessary update to improve the user experience. It will have a weight of 11.8 GB. The global computation will leave us a weight of up to 101 GB in the European version of the title.

The PlayStation Game Size account has summarized the exact characteristics of the PS4 version, which in Europe will weigh 87.36 GB in the base game (more than in the United States due to the presence of more languages ​​in the package), added to patch 1.01 of 13.3 GB.

For context, the original Mass Effect games weighed a combined 31GB, so the increase in polygon loading, textures, and other details that affect the weight of the set are superlative. EA has repeatedly underlined the ambitious nature of the remastering, which will reach 4K resolutions and rates of up to 120 FPS on Xbox Series X.

Mass Effect: Legendary Edition Arrives May 14; the return of a myth

We have recently learned all the technical details regarding the console versions; from PS4 and Xbox One to PS5, Xbox Series X and Xbox Series S. You can check here the characteristics and graphic modes of each console in detail, from the resolution to the target FPS.

Mass Effect: Legendary Edition hits stores this May 14 for PS4, Xbox One and PC. Also on PS5, Xbox Series X and Xbox Series S via backward compatibility. The confirmed day 1 patch will seek to improve performance.

One Chicago: Lindsey Pearlman was found dead and this is how...