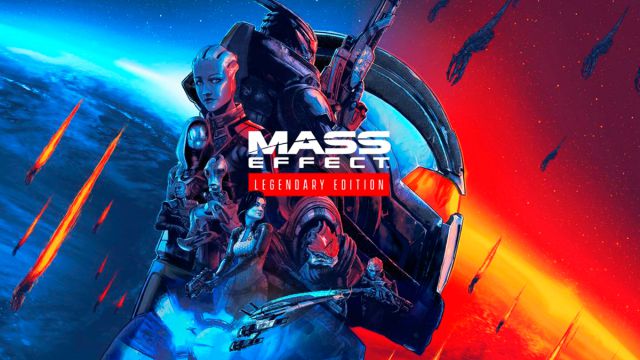 Mass Effect Legendary Edition: The remaster of the Mass Effect trilogy goes on sale this May 14. Almost 15 years later, we return to Shepard’s first great adventure. How has it stood the test of time? Is the remastering worth it?It has been 14 years since we saw how Ambassador Udina and Captain Anderson briefly introduced us to Shepard’s past while he – or this one – took a seemingly lost look into the infinity of space. Almost three decades since it was explained to us for the first time that in the year 2148, some explorers on Mars unearthed some remains of an ancient civilization of space explorers and that the study of these ruins led to a drastic leap in the technological evolution of humanity . The possibility of traveling to the most distant stars; the ability to control the very fabric of space and time. The greatest discovery in history, they called it. The rest of civilizations call it … Mass Effect.

Mass Effect Legendary Edition comes at a strange time in the video game scene. A title designed for “old” generation consoles -PS4 and Xbox One- but six months into the life of the new machines. It is certainly not a remaster designed to show off muscle on PS5 and Series X although if the epic of this trilogy has never been experienced, or it has not been relived in a long time, it is a great excuse to enjoy the dozens and dozens of hours of what Bioware has almost always done best: tell stories.

It is a great opportunity to make those endearing characters that we already know meet us again; to discover what the Reapers are and to make friends or foes alike, to travel countless planets and interact with some of the most interesting races in the galaxy. To meet the powerful Asari matriarchs, to butt heads with the Krogan or even become intimate with a nomadic race such as the Quarians. With three games included and a score of downloadable content, there is a Western-style role-playing game for many times and very good.

Best of the remaster, first

When we talk about the best first, we must admit that the way in which Mass Effect presents its universe is still spectacular. Not only his particular cinematographic style but also his way of weaving concepts together, of doing something so important and at the same time so difficult in a work of science fiction: make it plausible. That connection that is created between the player and the title is not accidental: it is much easier to want to know more than a story when nothing in it scratches you, even if you are very aware of being in front of a fantasy. But of course this is not the merit of this version; on the contrary, that was always perhaps the strongest point of the original game. The effort of Electronic Arts in this remaster has been precisely to try to reinforce the other. And the other thing is not only to give a more current appearance to its graphic state, but also to homogenize the sequels among themselves and especially to transfer some of the updates in terms of gameplay from the second and third installments to the original.

And although there are defenders of the playable core of the first Mass Effect, closer to the Knights of the Old Republic that the old Bioware came out of developing, the reality is that its handling was quite rough, its interface was uncomfortable and its shooting mechanics left a lot be desired. Today, even with its polish, it’s far from the standards we find in modern third-person adventures, but the changes are welcome.

There are many new features of what is often called “quality of life” in Mass Effect 1. Shooting goes wherever it is aimed, for example, and does not depend on a hidden roll of the dice to decide whether to hit the target or not. And one has the feeling that the game is easier because it depends less on the use of skills in combat than the original Xbox 360 presented at the time.

The new HUD layout also helps, a better distribution of some enemy encounters and an experience system that allows you to reach high levels without having to repeat the campaign. Even things that seem trivial but are very apparent when you return to the game without remastering, such as the position of the camera in the coverages or the fact of being able to sprint out of combat, bring Mass Effect no longer to 2021 but yes. At least to this century some mechanics that even then seemed old to us a decade and a half ago. All this together provides the player with a much better gaming experience, even without being that of Mass Effect 3, and allows us to focus on what is important.